Anaheim calling to the hockey world...

Welcome to the Anaheim edition of SBN's look at the Olympic roster hopefuls across the NHL.  Site Managers were provided with the following rubric, but as the resident noob, your blogger is the only one who will likely take them seriously.

The Cherry Hill native has plenty of skill, but he's also developed a physical game, giving him the blue collar credibility that Brian Burke wants on this year's squad.  Then again, the Team USA GM has made the decision to cut Ryan on more than one occasion.

Whitney was just one of a handful of 6'3"/6'4" defensemen at Orientation Camp, but the Boston-born defender has proven himself an ice-time gormandizer with the Ducks and should be a steady force on the red, white and blue line.

The Regina-bred centerman missed Orientation Camp after offseason hernia surgery, but he has looked tip-top opening the year in Anaheim.  Canada will need his directly proportional size and skill up the middle.

After a game with the Ducks, Sidney Crosby noted how impressed he was with the Peterborough product, who faked out the Penguins captain on more than one occasion.  Perry's dominant performance so far this season makes him a contender for a spot at finisher, but Stevie Y may opt to go older in his final spots, even though he's generally noted a willingness to bring a young squad to Vancouver.

The stat sheet doesn't bear out Koivu's return to form, nor does a nagging lower body injury that sidelined him this month, but the Turku native has been the Ducks' most consistent player while playing almost two more minutes of ice time per game than he did in his last year in Montreal.

Finland's camp this year was all about theory and gelling as teammates.  That could be an advantage for the Imatra-bred Nokelainen, who has proven his value as a versatile role player with the Ducks . 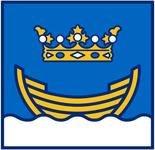 On pace for a 40 goal season, the sheen isn't fading from Helsinki's second Finnish Flash, and Selänne has no doubt been waiting for this day since he bitterly claimed the Silver in Turin.

Cut in favor of Martin Gerber and David Aebischer four years ago, Hiller is dedicated to making the roster this time around.  And after his playoff performance against the Sharks last year, the Felben Wellhausen product is the favorite to man the plumbing for the Swiss.

His raw tools (size, speed and snarl) got him an invite to the team's Olympic camp, and a slightly slow hockey sense may be the only thing that could keep the Moscow-born mammoth from the final roster.