[Ed. Note: Every day this week, the AC Staff and a few Duck Buddies will be giving each other Ducks related Secret Santa gifts. Next up, the AC rookie Ryan from Puck Buddys and his foreboding gift to our darling SK.]

As the new kid on the block contributing to AC I must admit I do not know SK very well yet. But I do know she knows her hockey, and her grades of the team over at DucksandPucks.com during the off-season show’s her scouting and knowledge of what our beloved Ducks need.

So for her Secret Santa gift I give her two tickets to the CHL/NHL top prospects game February 1st in Kelowna, British Columbia. The game features 40 of the top prospects eligible for 2012 NHL entry draft. Let’s all face it, as much as we all want to wear Earl Sleek's Inverted Standings Glasses, the fact is we sit in 2nd to last in the league. At some point in the season we are going to start needing to paying attention to those prospects, and I cannot think of a better person to scout for us than SK11. We may be looking at getting an even better prospect then when we drafted Cam Fowler at #12 in 2010. 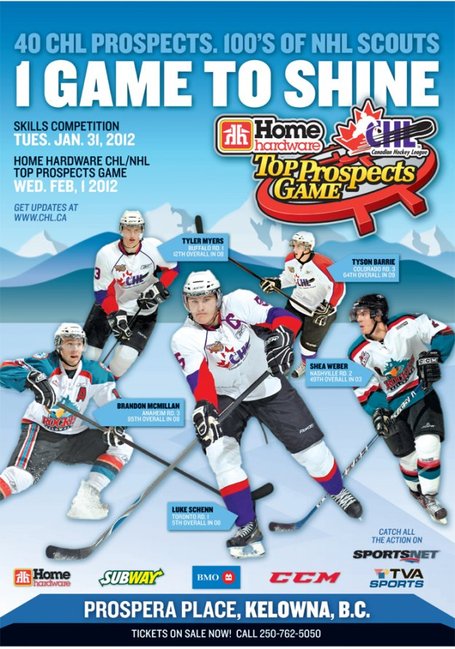 Besides the high skilled youth that will be on display, I cannot think of a more entertaining pair of coaches - Bobby Orr and Don Cherry. I am sure they will both be wearing a great suit, though Bobby’s will probably be a bit more understated. (Have to expect a fashion comment from the Gay hockey blogger - jk). Either way enjoy! 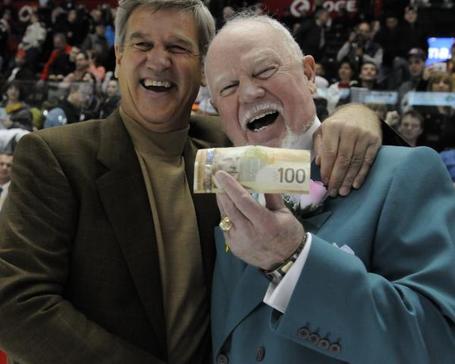 Hopefully the scouting will be all for not and the season gets turned around now!