Goodbye Mr. Sleek, the loss of a legend and Sleektoons

If it wasn't for Earl Sleek, there would be no Anaheim Calling.

Share All sharing options for: Goodbye Mr. Sleek, the loss of a legend and Sleektoons

You have one person to thank (blame?) for Anaheim Calling on SBNation and it's neither Arthur, nor Daniel. It's Earl Sleek, the now-former Ducks blogger at Battle of California.

If I have our origin story correct, Sleek found Arthur and Daniel arguing on the original iteration of Anaheim Calling hosted by Blogspot (or Blogger). He recommended the site to SBNation as the blog to represent the Ducks on the NHL hub. They agreed to move and boom, we were born.

He accepted me as one of the dysfunctional Ducks family from day one back in 2009. I was fortunate enough to accompany Sleek, occasionally with Arthur, to Ducks games in the famous Row B. One game is memorialized by this pre-season photo of a player that would go on to be MVP at the end of the year. You're welcome Corey Perry; you were blessed by the lucky green shirt. 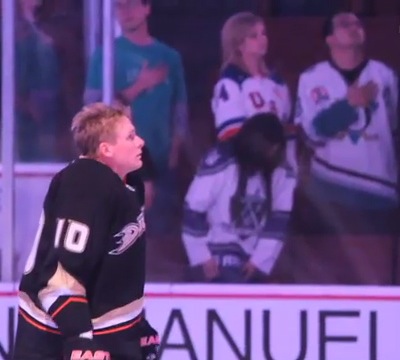 I've been fortunate to have had Sleek in the wings every since I took over the reigns from Arthur. He and I could tag team on SBN league wide projects. Well, the tag team ended up at 90 percent Jen does the work to 10 percent Earl does the work. Totally OK with me because it meant I could guilt him into drawing things for the site.

To be slightly serious for a second, I do want to thank Sleek for everything over the last three years. He's always promoted us and been around when I needed help. I know he's supported all of our writers at different times during their Ducks blogging careers. He's a rockstar in the sports blog world, so a big part of our success can be traced back to him.

It's fitting we close with some of Earl's best Sleektoons, drawn exclusively for Anaheim Calling. 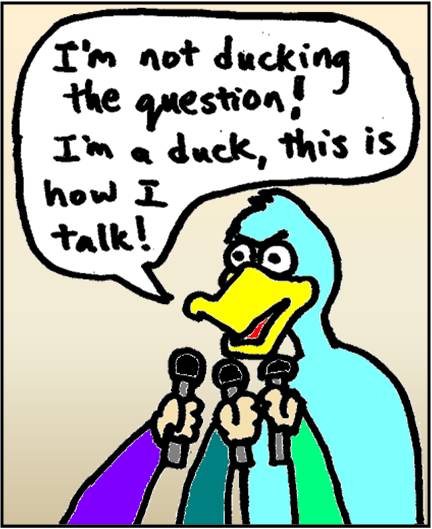 Picture used for old Q&A's with Arthur and Daniel 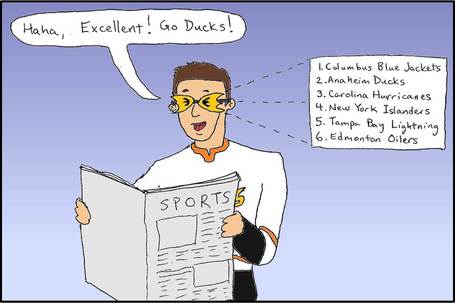 (My Secret Santa present from Sleek during the 2011-12 season; glasses that flipped the standings) 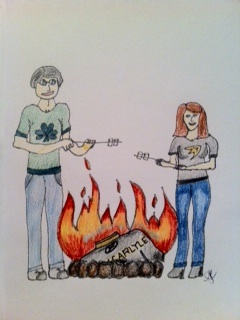 (SK drew this one last year for Sleek) 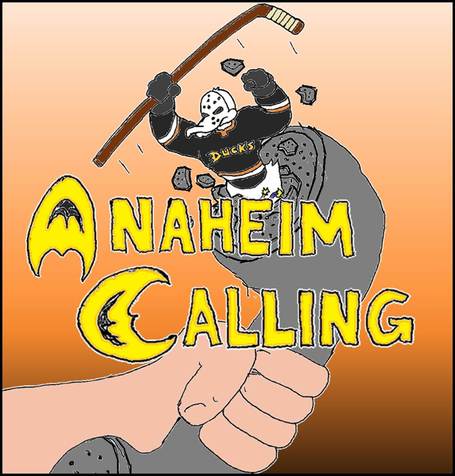