Share All sharing options for: Justin Schultz to Leave Wisconsin

Once again, Bob McKenzie takes to Twitter to confirm that Justin Schultz has indeed left WU. It's painfully apparent that Schultz has no desire to play for the team that drafted him. Bob Murray cannot let this kid walk without getting something in return for him.

The Ducks are at the mercy of a kid in his early 20's. We can't trade him without his consent to sign with the team he's being shipped to and we can't sign him. 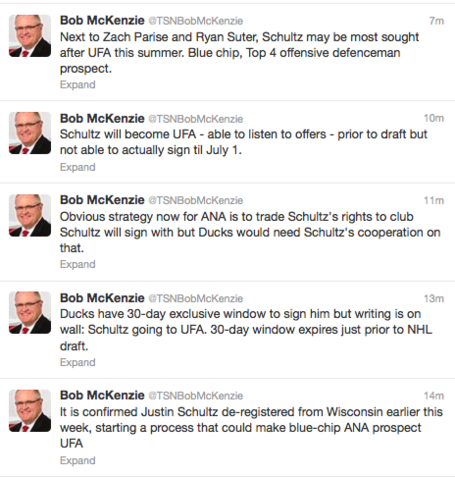 (No playoff thread today - use the comments if you want to talk about the Devils/Rangers game.) 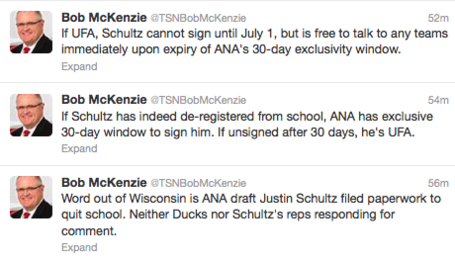 Daniel posted a really great analysis of the situation back in March. My recommendation to Ducks fans is to start praying to the higher power of your choice that Bob Murray doesn't screw this up.