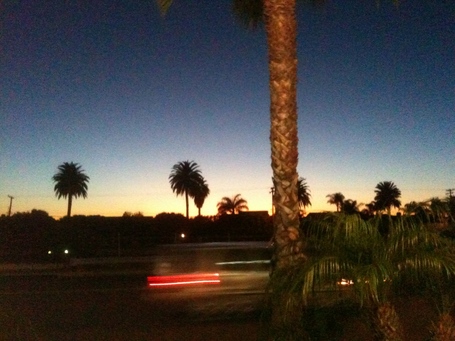 The 'Justin Schultz Fiasco' has brought light to a strange trend when it comes with big name free agents, highly touted draft picks, and 'acceptable teams' on to-be-traded players lists - they don't want to play for the Ducks.

There are pros and cons to signing with any team around the league. For example, say a player wanted to play in Toronto. His short-list of pros are that he's playing for a historic franchise, a great city, and players are treated like Gods. The short-list cons are being under the constant media and fan microscope, the years of disappointment, and Randy Carlyle is now the coach.

What is it about the Ducks that is so repellent? Is it the location? Management? Teammates? The team isn't perfect by any means. They've got their positives, but do those outweigh the negatives?

Pros: We're not in Edmonton and the weather proves it. There are a billion things to do here on any given day. You like the ocean? 15 minutes from any place in The OC. Most players choose to live in Newport Beach, you know, where Kobe Bryant lives. Yeah! Kobe lives here, not in LA! Many former Ducks, like Paul Kariya and Joffrey Lupul, kept their houses here to come back to in the off-season. Like the mountains? 45 minutes away and we make our own fake snow. Our winters bottom out at 50-ish degrees during the day.

You get the pretentiousness of living in LA, but in a suburban format. Your wife/girlfriend could be the next 'Real Housewife of Orange County'. The fans are good people. There are always some crazies, but they'll leave you alone while you're eating dinner with your family. You can get away with a lot, too. Go drinking with your buddies at the bars in Newport or hit on silicone-enhanced ladies in Huntington, and no one will really care. People don't know who you are and won't want to take a picture of you for their Facebook page.

Cons: When I said earlier that there are 'billion things to do here', I wasn't kidding. This will impact the fan attendance at games, especially when the team is struggling. The Ducks not only have to compete with LA teams for people, they also have to compete against the beautiful weather, the Angels, plenty of free stuff to do, and the biggest killer of them all - Disneyland, just a couple streets over. If the team doesn't win, the hometown fans don't show up; however, the visiting team's fans do. It's like a road game at home! This isn't the place for athletes that need constant attention and adoration. Even if you win the Stanley Cup, average Orange County citizens don't give an shit about who you are because you're not on a reality show.

There's also a little matter of travel during the season. Hope you like cross-country plane flights and 12-game road trips. It's a bus to play in LA and a plane to play anywhere else.

Pros: They won't sift through your trash looking for news. They won't stalk you outside of the rink. Rarely ever are they negative. There is one dedicated beat reporter from the OC Register. A couple people share the duties for the LA Times, but they concentrate mostly on the Kings. You like softball questions? Batter-up.

Cons: If the team is playing really, really bad, there is a TON of media - including Canadian media - coverage asking 'why do you suck?'. Little-to-no coverage on local and national broadcasts, regardless of team performance. If the local news decides to show clips of a game and gets your team logo and players names correct, that's a huge win. Unlike many other NHL teams, they don't allow reputable team blogs run by fans on a network funded by a publicly traded company in as credentialed media (could be a pro?).

Pros: Randy Carlyle is no longer the head coach and Bruce Boudreau is. Carlyle was known to have epically long and strenuous practices, where Boudreau prefers to not wear his team out. Boudreau adds the 'N' to the end of Carlyle's 'F-U'. He is a 'player's coach'. Carlyle was notoriously anti-rookies when it came to his roster. If you're a younger player, Boudreau has said publicly he'll give you a fair shot at making the team.

The organization as a whole isn't into over-promoting their players. You'll have to make an appearance at team events, but at most of those you're allowed to drink. You'll probably have to do a couple short interviews before or after practice/games every once in a while for the team's website. You're pretty well protected by the PR staff. They'll even escort you out of practice, pretending to have a conversation with you, so you don't have to sign autographs for the five people that came to practice on a Saturday.

Cons: GM Bob Murray is almost non-existent until it is absolutely necessary for him to make a public comment. When the team is in a rut, his typical M.O. is to generally threaten all players that they are expendable. He's the least accessible, hardest to read GM in the NHL. I can only assume that he spends all his time deep within Castle Greyskull, formulating how he's going to shock people next.

Ownership is silent when it comes to their team. Henry Samueli will provide Murray with a budget for the season, usually $10M-$15M under the current salary cap. They won their one Stanley Cup by spending up to the cap and that doesn't look like it's going to happen again. Spending, that is. Season after next sees the expiration of the contracts of Corey Perry and Ryan Getzlaf. They're going to get raises or traded. Both scenarios decrease the likelihood of scoring a high dollar, long-term contract with the team.

(When I first wrote this, I took up waaay too much space on this section. Here's the brief version.)

Pros: Bobby Ryan, Corey Perry and Ryan Getzlaf. Each are superstars in their own right. When at their competitive best, each are dominant. Ryan has scored 30+ goals in his first four season in the league. Perry is the reigning Hart Trophy winner (at least for another month). Getzlaf is a playmaker with some of the best hands. Teemu Selane - the ageless wonder - lead the team in scoring this past season. Jonas Hiller regained his All-Star form in the second half of his season. He has benefitted the most from the coaching change. Boudreau uses a 'win and don't practice' strategy with Hiller. It's kept him fresh and healthy. Cam Fowler is the heir-apparent to Scott Niedermayer. Many are expecting that under Boudreau's tutelage, Fowler will evolve into a Mike Green-esque player. According to some hockey analysts, our up-and-coming crop of prospects are amongst the best in the league. Kyle Palmieri was third in the AHL in goals, despite being up with the big club for chunks of time. Emerson Etem destroyed opponents in junior by scoring 61 goals.

The team as a whole has bought in to what Bruce Boudreau is selling. They made an epic playoff push towards the end of the season only to fall short due to pure exhaustion. If his time in Washington is any indication, a full season under Boudreau has endless possibilities.

Cons: Ahh our three superstars. Ryan the streaky goal scorer. Getzlaf the captain whose schizophrenic play can range from elite to awful. Perry the little ball of hate. We love him for that; however, when he gets frustrated, he gets takes unnecessary penalties and/or gets tossed from the game. We don't know if Teemu Selanne - the Ducks leading point-scorer last season - is coming back. Any puck that lands remotely near Jonas Hiller's head is terrifying. No one knows if he's truly rid of vertigo. Cam Fowler is nowhere near Niedermayer level. The lineup beyond these guys, Saku Koivu, and Francois Beauchemin are a whole lot of question-marks. No one knows if Toni Lydman and/or Lubomir Visnovsky will even make it to Ducks training camp. Andrew Cogliano has been a bust. Justin Schultz doesn't want to sign with us, so that puts the defense in a blender. It's possible that Murray is banking on our elite prospects to fill out our line up. That's a lot of first and second year guys.

This team is really good - on paper. They are notoriously slow starters that always dig themselves a big hole at the beginning of the season. Getzlaf and Perry are signed through the end of the 2012-13 season. While the hope is that both will take hometown discounts to stay in Anaheim and Henry Samueli opens up the checkbook, it's unlikely we'll be able to keep both. The biggest concern to most at the moment is Selanne. He is the heart, soul and face of the franchise. Whenever The Flash does decide to hang up the skate, the morale shift on and off the ice will be palpable.