Flames are hot. And no that’s not just a statement from caveman’s scientific journal in the stone ages.

After all the amazing fun that Throwback Night was, it's time to step back into reality... and our black and orange. I don't hate those jerseys but after watching the eggplant and jade rock the rink again it just feels like tonight will be a little bit of a letdown.

But the nostalgia doesn't end there, as another long-standing tradition will be tested: kicking the crap out of the Calgary Flames.

It's probably general knowledge by now but it's worth repeating just because it's so damn funny: the Calgary Flames have not won a game in Anaheim since 2004, a trend which the Flames themselves have come to call the "Disneyland Curse." 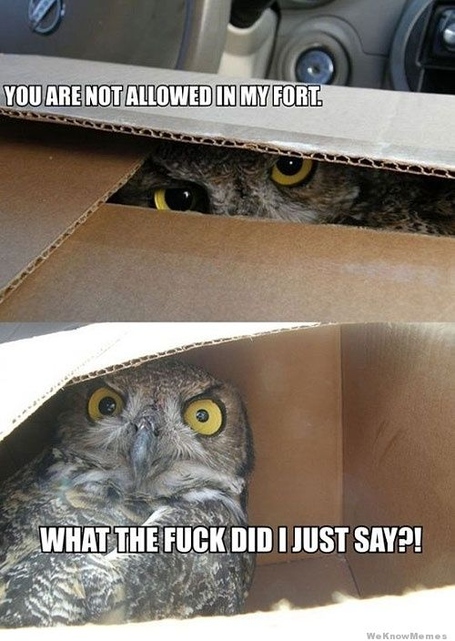 For the past several years the Flames haven't really threatened to break what's now the longest losing streak in our building by any team in the NHL by miles. This year however, things are a little different.

If you look at the Calgary Flames on paper they're a train wreck. With aging former captain Jarome Iginla now playing in Boston, and goaltender Miikka Kippursoff retiring, the cornerstones of the Flames franchise are now gone, and many believed this team would finally at long last go into full-rebuild mode.

But wait! Not so fast!

Five games into the season the Flames still have not lost a game in regulation and sit tied with the Anaheim Ducks on eight points through five games.

After spending the last two games beating up on what can only be described as pretty paltry Eastern Conference opponents, the Calgary Flames will provide a true measuring stick to see just where the Ducks stand against the early contenders in not just their conference, but for the first time their own division.

Keys to the Game: The Calgary Flames have not been stellar in their 5-game point streak to start the season, but they've been good, and perhaps more importantly, good enough.

Free agent signing of the summer and former Red Wing Jiri Hudler has caught fire with his new team (note: all terrible flame puns found throughout this article are for all-intensive purposes deemed somewhat intended), scoring seven points in his first five games.

However the biggest surprise on the skater front has been rookie Sean Monahan, who has four goals in his first five career NHL games to lead the entire team.

Perhaps even more impressive than that is the fact that the Flames only have two players on their entire roster that are negative in plus-minus.

But the numbers don't really tell the whole story there, as the Flames' defense has been reasonably wonky, surrendering over 3.67 goals per game.

Goaltenders Joey MacDonald and Kari Ramo have not been great, but they too have been good enough. Both are sporting goals-against averages of approximately 3.00 and both share identical .897 save percentages.

Moral of the story for the Anaheim Ducks tonight: keep pushing. The chances will come and so will the goals.

What Can We Learn From This Game: The Ducks are about to face a very enigmatic test. They're winning games despite the fact that all of the stats say they shouldn't be, yet here they are. Gee, kind of sounds like some team from last season, doesn't it?

This game is going to be a test of their resolve and just how they'll play up against divisional foes. It's a critical first bout and will show us whether the Ducks have just been riding the hot streak of playing the Eastern Conference as well, or if they're not quite as good as their 4-1 record says.

The same thing will be said about the Calgary Flames. Will they be "for real" with this win, or will they finally start sliding back to earth?

Fearless Prediction: The Flames melt the ice at Honda Center, thus dousing them because, well... water and fire (you know how it is). People in Minnesota proceed to raise hell, yelling "SEE CALIFORNIA CAN'T HAVE AN OUTDOOR GAME!" Once again, nobody listens to them.

And the Ducks continue Calgary's curse, winning comfortably and getting the home fans some free Hooters wings for the second time this season.