Let's hope they don't play that badly ever again this season.

Oh you don't have time to read the entire game recap you say? Well here, allow me to briefly summarize the game for you:

The Power Play, in GIF form!

First Period Recap: Well this is about the only point in the game where the Ducks didn't look like a steamy hot pile of garbage. A good swift start saw Anaheim take an early lead just 3:27 in when Dustin Penner got on the end of a beautiful pass from Ryan Getzlaf to beat Flames goaltender Joey MacDonald. It was a pretty simple goal but nonetheless Penner, dare I say it, actually looked pretty good tonight alongside the twins. That is... pretty good considering how bad the entire team looked.

As John Ahlers likes to say, the gremlins were out in full force tonight and the puck was bouncing around like a goalie reaction ball. 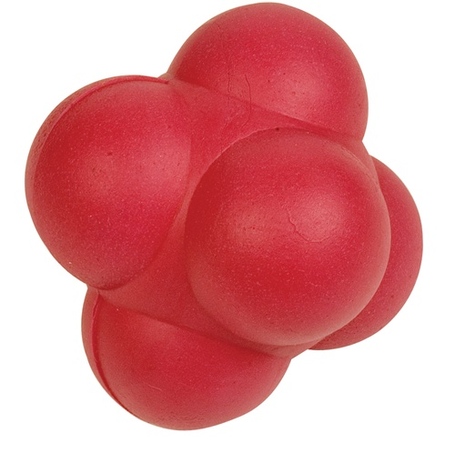 Yeah, one of those.

Passes were missing sticks, players were overskating pucks, and just overall it was pretty apparent that Anaheim was not all-there tonight. Or at least that's what it seemed like at this point. It got worse.

About 10 minutes after Penner's goal, Kyle Palmieri opened his scoring account for the season with a sexy wrist shot that blew past MacDonald on the stick side. Right after shooting, Palmieri took a hit from a backchecking Flame, and also a stick to the face. While he was slow to get up, he would be okay.

And that's about where the wheels fell off.

Now you'd think after last game where they did just about everything but score, Anaheim's power play would finally break through tonight. Oh, my how I've never seen anything fail more spectacularly.

Anaheim got literally zero momentum out of the extended advantage and even had their lead cut in half when Lee Stempniak poked a puck away from Kyle Palmieri, streaked in on a shorthanded breakaway and slipped the puck five-hole past Viktor Fasth. It was the first shorthanded goal surrendered by Anaheim this season.

From that point Anaheim looked completely rattled, floundering the rest of the power play spectacularly, failing to get any sort of sustained pressure in the Calgary zone, and as a result they were forced to hang on and take a 2-1 lead to the locker room.

Anaheim did manage to outshoot Calgary 10-7 in the frame. Small victories.

Second Period Recap: The Ducks looked a little more composed in the second period and did start to take slightly better care of the puck, but Calgary continued to smell blood and pressured.

Anaheim's power play failed yet again on another attempt six minutes in after Chris Butler hooked Jakob Silfverberg. However the Penalty Kill, one of the few lone bright spots on the night, had to withstand two rounds of their own as Kyle Palmieri and Hampus Lindholm each took penalties.

The Ducks would once again widen their lead as Teemu Selanne opened his farewell tour account with a goal that was purely the result of some spectacular timing and a little bit of luck.

After sawing his stick in half trying to take the puck away, Teemu sprinted to the Anaheim bench for a fresh one, all while Jakob Silfverberg managed to poke the puck past the defense, and feed the Finnish Flash with a backhand pass that put him all alone against Joey MacDonald. Teemu doesn't miss many of those.

After killing off a Ryan Getzlaf penalty, Anaheim got out of the period leading the game 3-1, despite being outshot 11-8.

Third Period Recap: The Flames then proceeded to wake themselves up and pour the pressure on Anaheim, and they broke through rather quickly.

It's hard to believe a goal scored less than five minutes into a period could ever be considered "a long time in coming" but this one was as the Flames pretty much owned the puck right from the start of the frame. Kurtis Russell let a wrist shot go from the blue line that bounced off the leg of Jiri Hudler and into the top of the net. A bit of luck but with the amount the Ducks had used to maintain the lead to this point the tables were due to be turned.

From that point forward Anaheim played one of its worst periods of the season, getting beat to every puck, losing nearly every battle, and even going a whopping 9:59 between shots on goal at one point.

Remarkably though Anaheim kept their composure and took only one penalty the entire final frame, a hooking call against Daniel Winnik that was pretty well-sold by T.J. Galiardi.

Even a pulled goaltender couldn't manage to net that final goal as Viktor Fasth stood strong and stayed sharp in the final moments of the game, stealing a crucial two-points in regulation from a now-divisional foe.

The final period saw the Flames outshoot the Ducks 17-4, for a game total of 35-22 in favor of the guests.

The Good: The penalty kill was pretty good tonight, failing to break on four separate occasions. The effort the last couple games has seen the Ducks pull themselves out of the cellar in this particular statistic, now sitting in 24th. Not great, but it's a start.

The Bad: Pretty much all the rest of this game. The chemistry that destroyed the Ottawa Senators and New York Rangers was nowhere to be found. Passes were terrible, positioning was terrible, mistakes were abundant, and overall the Ducks didn't deserve either of the points they walked out with tonight.

Whoever is responsible for our 2 man advantage unit needs to be shot. Firing them isn't good enough.

I think this now officially also applies to our regular power play because tonight was the low-point for them. On an 0-for-2 night, the Ducks failed to score on a 5-minute power play, and on top of it saw their lead cut in half. Normally you are supposed to score on your power play, not your opponent.

The travesty that was tonight saw the Ducks fall to an embarassing 4.4% with an extra man this year, worst in the NHL (duh).

2nd MVD: Hampus Lindholm was pretty good tonight, and continues to seriously impress me. On a night where the entire team looked horrible, he looked at least okay. There was one play in particular where he had to blitz back into his own end at full speed right off the bench to break up a play and he did so spectacularly.
1st MVD: Viktor Fasth did not look bad, unlike the rest of his team. In fact, Viktor Fasth looked sharp the whole night. He got burned on the first goal when he almost made the save then kicked the puck into his net, but made up for it later by putting the team in his back pack and carrying them Dora the Explorer-style over the finish line for two much-needed points.

Next Game: Friday, October 18th vs. Phoenix at 7PM.