The old Western Conference adage goes "The road to Lord Stanley leads through Detroit," and it looks like this year is no different for Anaheim.

Your Enemy: Winging it in Motown

Place in Western Conference: 7th (I think you know this by now.)

Who's Hot: The entire team. Detroit won each of it's last four games to clinch a playoff spot and are coming into Anaheim on fire. Henrik Zetterberg had two goals and eight assists for ten points over that span, including a short-handed goal against Dallas to seal the Wings date with a 22nd consecutive playoff year. Pavel Datsyuk had eight points (2 goals, 6 assists). Jimmy Howard also pitched two shutouts and sported a 0.75 GAA last week.

Who's Not: Nicklas Kronwall, arguably the best defenseman on the Detroit roster and known for his intense physical presence and shutdown capabilities in addition to his offensive contributions, finished the year with a -5 rating.

Numbers for Nerds: Pavel Datsyuk has a negative plus-minus against only three teams in his career: the Chicago Blackhawks (-4), Pittsburgh Penguins (-2), and the New York Islanders (-3).

We've been analyzing the Detroit Red Wings for several days now. We know about their offense. We know how they're led by the ever-creative and equally-hateable Pavel Datsyuk and their consistently solid captain Henrik Zetterberg. We know their goaltender, Jimmy Howard is to say the least a Duck killer. We know their defense is young and inexperienced, but still skilled and will rise to the challenge. We know their building is one of the most difficult places for Anaheim to win.

Likewise, we know that Anaheim has shown signs of the glory it reveled in through the first 20 games of this season, but will have to dig deep to find it again. We also know they will have to do this to have any chance of pulling out of this series.

We know the road ahead is difficult.

But the time for all of talk is behind us. Starting tonight at 7:30pm on the ice at Honda Center, none of the words that we've said here, nor by the NHL "experts", nor by Joe down at the bar, nor by ESPN, nor by anybody anywhere will matter. [Ed. Note: Especially ESPN. -CK] It all comes down to the play, the teamwork, the effort, and the desire of the 40 guys that will be on the ice.

And hopefully not the officials. 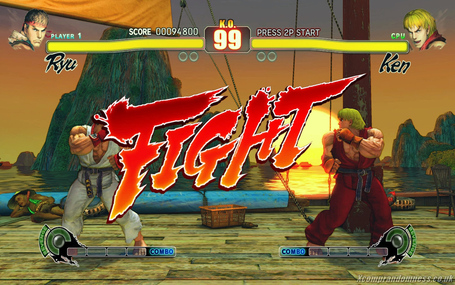