Hey people: “elite” coaches are a myth perpetuated by the media and your moms!

In the last two posts – the safe defense and the dump and chase – I touched on a couple past coaching regime techniques/styles. I did that because this is going to be our first real, full season with Bruce Boudreau. Because this will be the first, I don’t have a solid grasp on how he tells his teams to play during this, the most critical time of a coaching staff’s job – the lead up to the season itself.

I do know one thing: the man I like to call Kirby does not believe in "over-coaching." Nearly everyone, media and Caps fans and other random people-groups I’m too lazy to conceptualize right now, agree: Brucey doesn’t get too hung up on specific systems. This can be good, this can be bad – it really depends on your expectations. But I’m going to champion the Kirb Kause and say screw it all, it doesn’t matter a lick!

I didn’t watch much of the Boudreau-coached Washington Capitals. I’ve mostly seen them in the playoffs or against the Toronto Maple Leafs. (And against the Leafs, I’m watching from that point of view, not an objective one.) I wandered over to Japers’ Rink to do a bit of reading on his time there. Here are a couple reads that JP, the bossman over yonder, recommended for browsing. This is about line matching. This is about Kirby "flipping the switch," and not in a Sylvester Stallone Over The Top kind of way. 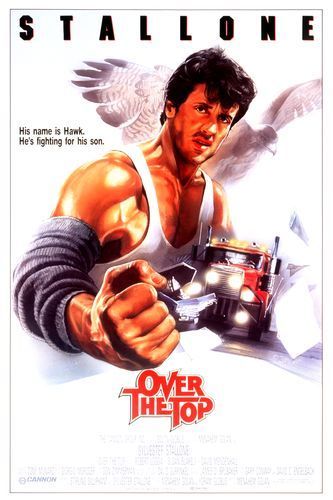 I want to point at one thing in this, because I’m about to digress from my original point (systems) big time. Bruce Boudreau literally changed his damn system entirely in Washington – and still won games. He had a highly offensive team, won with them, took heat for not winning "enough when it matters," changed his system completely, won more, and still got sh*t-canned because apparently winning a lot friggin’ sucks. (And I realize I’m capturing precisely none of the intricacies of that situation, but have you guys seen his winning percentage as the Caps bench boss? Sheesh.)

See, there’s been some discussion – league-wide, media and blogosphere alike – about whether Boudreau is "an elite coach." Maybe he is, maybe he isn’t. I don’t think it matters. The term "elite" is tossed around stupidly, and it bugs me.

There’s probably two guys who are currently coaching who I think are legitimately "elite." Within the last 10 years, one of them has won a Cup one time. Nine other Cups have been won by inferior thinkers with better teams.

The difference between an elite coach and just a good coach is probably two or three wins per season. I’m willing to allow leeway in that speculation, because I haven’t looked at any numbers pertaining to it since the season ended – so add a couple games here or there depending on your outlook. In fact, hell, let’s say that on average, an elite coach will account for five wins during a season. A good coach is maybe two wins. An average coach wins or loses zero games for a team. A bad coach loses, let’s say at most, two to five.

What I mean by that is this: a coach has three real direct inputs on any given game. The first is the roster he ices, obviously. The second is ice time/specific roster usage. The third is line combinations. (Line matching is more of an ice time component, in my little breakout here.) That’s basically talent management. So maybe those extra wins come from some aspect of that talent management when all else fails, but otherwise, the better team on a given night wins, and the coach has nothing to do with that on that specific night. The coach has more to do with getting them ready to be the better team.

Back to my three inputs. The first input is pretty key, but for the most part even the bad coaches ice the team’s best players – which is why a lot of fanbases criticize the low hanging fruit of bottom pairing defensemen and fourth line talent. Basically, those are the interchangeable pieces that every team has. Do we want coach to ice a tougher lineup? Do we want a younger one, sheltering the kids with softer minutes to get them up to speed? Do we want pylon A or pylon B on the back-end, seventh spot? That’s all the bottom guys, because no sane person would opt for a tougher lineup on a given night and then sit a Steven Stamkos type player. He's in, and tough will come on the fourth, if at all. While filling out the night’s roster is important stuff, no doubt, it doesn’t directly win or lose too many games because most rosters are pre-determined by skill, which the GM is in charge of acquiring. Furthermore, once the roster is set, the usage of each player takes more importance on that night, because games aren’t played on paper.

That’s kind of why the second and third inputs are a little more important in my mind. I’m not going to get into those things because you guys get them – we want good players to see the most ice time, we want optimal line combinations to maximize efficiencies. What I’m getting at more broadly is, unless a coach refuses to take his very best player off the fourth line for five games straight, the marginal changes and tinkerings here and there during one game doesn’t have too much direct affect of game outcomes individually.

Excellent example: some folks around here wanted Emerson Etem off the fourth line. As his season went on, he was given more minutes, but still took his primary shifts on the fourth line. His extra minutes were on special teams, or being the first winger over on a change despite side, since his speed on the forecheck was awesome. But even then, he was sheltered minutes-wise. This made some people question Boudreau and his decision-making – beyond his choice to say put ice cream on his pizza as a topping, I guess.

But you know? The Ducks won a stupid amount of games. In this way, beyond a discussion among us, the fact is "sheltering" Etem’s minutes in his first longer look as a pro didn’t jack the team’s success. More minutes for him could have just as easily lost us as many games his potential offensive output could have won us more – that’s a gamble, and younger guys have an inexperience that’s tougher to bet safely on. So aside from tackling that gamble, let it suffice to us that Etem was playing night in, night out – and this gave Boudreau the opportunity to slot him wherever he wanted whenever he wanted, because he was in each game.

This is far better than him playing a game, getting a look up top, not scoring, and then sitting in the press box for a game (the Carlyle approach). Etem, for all people’s usage arguments, was seeing consistent game time, gaining in experience, earning minutes, and developing a sense for what it takes to succeed in the league. Fourth line or not, just being in the game meant that, should an injury occur, he can slot up. That’s good "flexibility" for a coach with a talented guy. And on a depth-starved Ducks squad that seems top heavy to most observers, I will stand on the side of saying this was smart coaching.

Anyway, where was I? Oh yeah. So, coach inputs. Line combinations are "neat things to discuss" but tend to be just as easy as anything else here: match your talent with similar talent. This gets back to the GM’s job here, because generally speaking, we’re looking at the best players in each position playing together. The best wingers play with the best center, and the best defenseman plays with the second (or third, to allow the second to play with the fourth), with the rest sort of falling out by design.

I guess my main point is this: the coach accounts for jack most of the time, because even the coach’s direct inputs are for the most part pre-determined by what’s really damn obvious – talent. (I’d daresay it’s easier for a coach to mess everything up than anything else.)

See, execution wins games. Period. There’s this myth in most sports that coaches are brilliant tacticians whose plans single-handedly account for wins. (Maybe in football, there’s some shades of truth to the myth.) But in ALL sports, the very best coach with the very best gameplan in the history of sports is still not going to win ANY games at all…unless players execute. A great pre-game speech doesn’t grant a +1 to all skills, a trick play doesn’t score you all the points needed to win automatically, the best system isn’t a free pass to a championship if nobody plays it well.

If you have a talented team, you tend to win games. Talented players tend to execute well, because they have skill. When you take skill and put it to even an average system/philosophy of "how to play this sport," you can still win games over the best system ever devised but not executed. The Anaheim Ducks have a Stanley Cup banner hanging from the rafters for this very reason!

So back to Boudreau: his winning percentage and record as a head coach tell me his system is, at least, average. What follows is the talent on the roster executing his system. And while we have a lot of doom and gloom numbers and stats to consider – and believe me, I believe the team will step back some this season like this write up predicts – we have a lot of good to plug in too.

Like, remember how the team never lost to the Chicago Blackhawks at all last season?

I want to get back to Boudreau’s overall systems, but for this post, I don’t think Boudreau has to be "elite" as a coach to bring great success to the talent here. I’m comfortable with him and his system as an upgrade to Carlyle and his system – which truly was antithetical to puck possession in general.

The next post is going to sort of continue this coaching system thing, unless I get really distracted again (probable), because while coaches have a lot less "direct" input than it would appear, the majority of their importance comes into play outside of games. Hockey systems aren’t just Xs and Os, they’re philosophies of execution. They are the prettiest philosophies.