For the first time since Game 7 of the 2013 postseason, the Ducks host the Red Wings at the Honda Center.

Your Enemy: Winging It In Motown

Numbers for Nerds: The following charts are courtesy of Extra Skater. 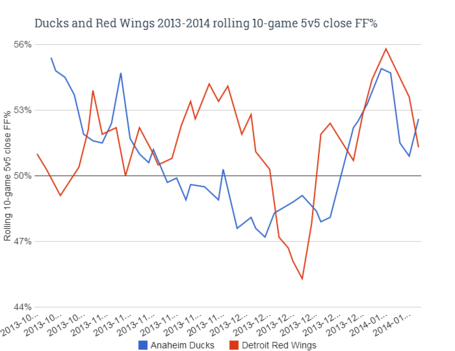 This is a misreading one, as the Wings are trending down and the Patos are trending up. Detroit's downtrend follows its two games against the California teams, both of which lowered Anaheim's numbers as well because they are very good possession hockey teams. In other words, despite injuries, the Red Wings are still a strong possession club. 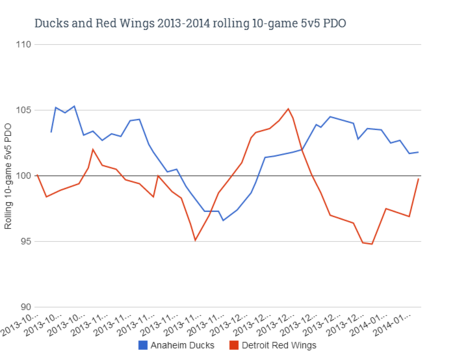 The luck chart depicts a Ducks team that's still riding a bit of a high. The best counter to below-average luck is strong possession, which is why the former chart and this one pair together contextually.