The Anaheim Ducks will look to extend their home point streak to 23 games against the improved Winnipeg Jets.

The Ducks return to Honda Center to face the Jets and defend a 20-0-2 record. Since Paul Maurice took over as head coach of the Winnipeg Jets the team has gone 3-0-0 giving the team and its fans hope for a late-season surge for a Wild Card position.

Keys to the Game: We could see the return of defensemen Luca Sbisa who has been out with a hand injury. He has been working his way back from injury while playing a few games with the Norfolk Admirals. Watch for Bruce Boudreau to mix up the defensive pairings even if Sbisa does not return.

The Jets will be getting a big boost to their lineup with Evander Kane returning from injury. The Jets are riding a three game win streak coming into Tuesday's matchup.

Aside from the home streak and Teemu Selanne's relation to the team, there is not much extra motivation or rivalry behind this game. We should expect the Ducks to do some fine tuning before they play the Kings at home on Thursday and in the Dodger Stadium Coors Light Stadium Series game on Saturday.

What Can We Learn From This Game?:

- Have two huge division games to look forward to (CHECK) 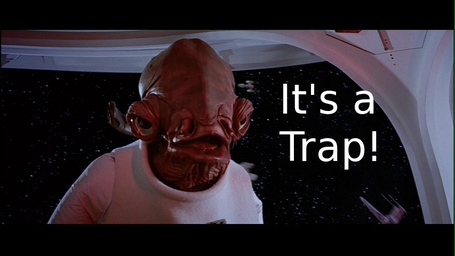 (Yes, this joke is getting old)

We'll be able to see if the Ducks can get a win against a team that is on a bit of a streak after firing its head coach.

I'm not sure much of this matters since many Ducks fans will likely be more focused on Jets defenseman Dustin Byfuglien and the obsession with trading away Sbisa (Yeah, I read the comments) than anything the Ducks are actually doing (unless something goes terribly wrong).

Fearless Prediction: Luca Sbisa returns from injury and is suddenly the best defenseman on the team. (We can all hope)