My son cheats at Uno. I'm tossing him under the bus, his record is way better than mine. 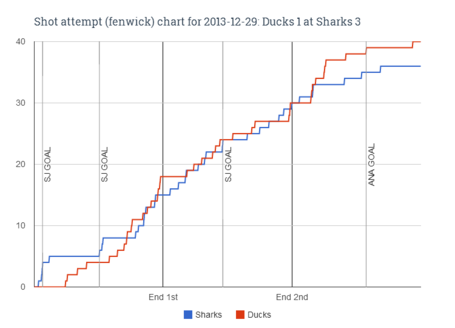 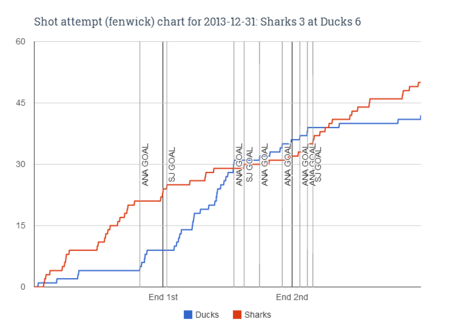 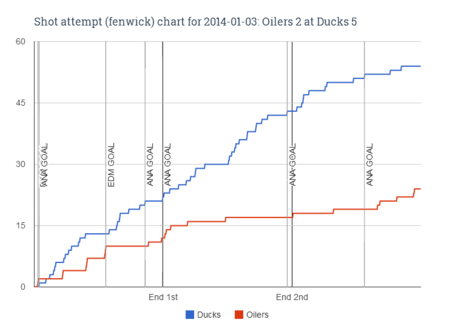 Matt Beleskey, LW (4P-Met) - I'm finally getting around to Beleskey. I love him. Four slices. The end. Ok, fine, more words here: I've already written a couple posts about non-scoring guys and their role in contributing to team success. No need to reiterate that too much.

Beleskey's value isn't in his stat line, it's his ability to execute his job well. He's a forechecker, and he's good at it, posting positive possession in all situations. When he's out there, he's usually chasing down pucks in the offensive zone and helping the team generate shots (the important part). This tells me that he's a capable "down low" player.

Despite Boudreau being widely criticized as a guy who just lets everyone out to play in every situation, he's actually sheltered Beleskey (and linemates) pretty appropriately to his task. He gets lighter competition and friendlier zone starts. All of it is for naught if he can't hold up his end of getting to pucks and dishing them back to teammates to generate chances. He does so, and he gets four slices at my pizza party.

With the Olympics coming up, we've read a lot about playing on the big ice. For those of you who don't know, North American rinks are 85x200, while international rinks are 98x197. So the spread is more in its width, and the difference matters a bit.

With the added space on the sides, the angles change. As a forward, it means more room to work in the offensive zone but can be deceptive when it comes to a low cycle game - which North American hockey favors. We tend to dump it or play it deeper on NA ice surfaces, whereas more of the game is played in open ice elsewhere. A lot of that stuff is systems, and after a little bit of time playing on the wider surface, it is easier to adjust the attack to fit.

But as a defender, everything is off. I played on a big sheet one time, and I played on the blue. I've never really been someone who needed to use points on the ice or the rink to help my position play because I cheated quite a bit with natural spatial awareness, but some defensemen are thrown off with too much change. (NHL teams try to skate in the building they play in for many reasons, but this is one - get the guys familiar with their lines, angles, the ice, etc.) Nonetheless, it was jarring for me. I had to use more points of reference for setting my position.

The boards just aren't where my brain instinctually felt they were. I'd think to send a hard, low pass off the wall to a winger breaking out, and the puck just kept going...and going. I ended up skating with the puck a lot more. Turning and skating back, I'd lose track of an oncoming player's lane easier because he could attack so much more space. I wrote about it in the offseason: defending open ice is harder than defending along the boards, but shifting a player toward the boards is so hard on a big sheet. Everything is open ice defending.

This is why USA Hockey put such an emphasis on sound two-way forwards and strong skaters (note: this has nothing to do with speed). Attacking on a wider ice surface is easier to adjust to than defending on it, so bringing guys with more skill in defending in general will help minimize weaknesses. Even more so than in the NHL, defense and offense tends to be from all five players at one time - the zones are big enough for it. The thinking with the US seems to be: strong skaters will help the transition because they can move with the puck, and a sound group of team defenders will keep our goaltending afloat. If Quick is healthy and on his game, Team USA has a very deep goalie core.

But something else the US may be considering is the style of play other countries employ. NA hockey is obsessed with "roles," but this is less true everywhere else. Non-NA guys play in every situation there is as an expectation. In leaving off a guy like Bobby Ryan, much was made of his lack of "intensity" and inability to fit outside a top six - which in NA hockey makes sense, but in international play doesn't. But to me it was NA-hockey lingo for USA Hockey not seeing him as sound enough in any other area of his game than scoring - and on the big ice, with a team built from the back out, defense matters more. He was still skewered a bit unfairly in those two articles, both of which were excellent by the way.

The Olympics will be interesting, especially on the big ice. The way it feels is just different, and the game is a lot different when played on altered dimensions. There's more space for individual players to affect the game - less crashing of the net as a broader style and more east-west play. The US and Canada will be taking over a ton of players used to smaller rinks. They will have to adjust quickly to succeed, and the change can be tough.

Here's a rare instance I'll write about one other thing: Dan Girardi. There's a lot of smoke out there about the Ducks-Rangers talking a trade. There's a lot of ink out there on it, you don't need my analysis really. But I will say, it won't bother me if the team adds Girardi for the stretch run. He's a serviceable player, assuming he isn't thrust in too prominent a position here.

Here's my feeling: I don't think Sheldon Souray will return to ice hockey. I don't have any reason to think this, but early projections were for him to be further along than he is now. I could be wrong, I have zero inside knowledge of anything. And if I am wrong and he's on track to return, I doubt Anaheim has an appetite to pay much for Girardi's temporary services. That a trade is being rumored reinforces my gut feel here though. I could see Souray being done, but he's LTIR until his contract expires or the cap goes up next season. Just my feeling. Maybe he's not and Murray just wants more more more. Ok.

Anyway, the trade rumor will make Ducks fans abuzz because of what goes the other way. I don't like speculating about who I would trade or want to see traded, but I'll say this. Any Girardi-to-Ducks deal figures to be a deadline move. New York is reportedly asking for a lot of pieces - so not necessarily a specific high-end talent. That price will change as time goes on. If the Rags decide not to sign him and don't figure on making a playoff run of their own, the longer he's on the roster, the less the Patos figure to give up in getting him.

There's only like two skaters (so not goalies) currently on the roster that I'd even contemplate talking about though. I wouldn't touch any forward down in Norfolk, either.

But not too many people would complain about these pairings for a playoff run:

Everyone's paired with an opposite handed guy, and Allen and Fistric as extra bodies going into the playoffs is better than bringing up Yonkman and/or Grant for the task. Bottom line is, Girardi on rent is better on the ice than Allen or Fistric at any given time, so assuming the price isn't youth, why not.