Does Switzerland have what it takes to go beyond the quarterfinals in Sochi?

Never completely count out the Swiss to pull off an upset.... 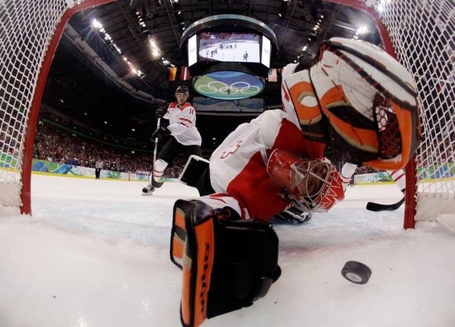 Outlook for Switzerland in Sochi 2014 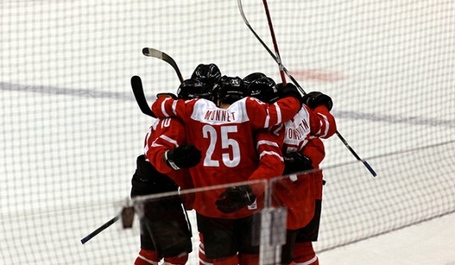 Offense Preview: There are only two active NHL forwards that are representing Switzerland in Sochi, while the rest of the forwards are Swiss National League A headliners. Therefore, look for Damien Brunner of the New Jersey Devils and Nino Niederreiter of the Minnesota Wild to lead the team in offense. Damien Brunner has nine goals and eight assists for 17 points on an otherwise mediocre and struggling New Jersey Devils. Brunner not only shoots and passes well, but he is also a gritty player. Nino Niederreiter has turned out to be a nice acquisition this season for the playoff bubble team, the Minnesota Wild, with nine goals and 17 assists for 26 points in his rookie year. He plays with high energy and creativity, and protects the puck well. The young forward and Brunner will be relied upon to spearhead the offense. Along with these two NHL forwards, Swiss National League A stars Roman Wick and Luca Cunti will most likely cap the top-6 forwards. Roman Wick leads the NLA with 22 goals and 24 assists for 46 points. Luca Cunti is third in the NLA with 18 goals and 24 assists for 42 points. [Ed. Note: And will singlehandedly be the most laughed at name in the entire Olympics this year. - Kyle] The top-6 forwards will bear the heavy brunt of shooting and creating offensive opportunities. The rest of the names are all known for their speed and good hands, but there is a glaring lack of great goal scorers. Thus the lack of depth in goal scoring talent will be one of the group's biggest weaknesses.

The forwards will have to be creative and take advantage of good puck possession because most of them shy away from a physical play. But the combination of the speed and the experience of international ice players will very well give other teams a difficult time. The Swiss will easily use that extra width of the ice to their advantage because of most of their players have exposure to international ice.

Due to the lack of star goal scorers in the group, Team Switzerland will undoubtedly hold an extremely defensively-minded team identity. Despite the obvious weakness in the scoring department, Switzerland have rounded up a very solid mix of both young and veteran defensemen that could match up well against the best pairings in the Olympic contest. Mark Streit of the Flyers is an all-around defenseman who can play any role in any situation. Roman Josi of the Predators is a great two-way game player with speed ideal for a larger international surface. Recently traded Rafael Diaz of the Vancouver Canucks isn't a big player, but he's also an all-around defenseman with playmaking ability that will come as an advantage especially in special teams. Yannick Weber of the Vancouver Canucks is also a special teams specialist with a heavy blue line shot that will add to the need for offense.

With the lack of offensive power but depth on the defensive end, don't be surprised to see the Swiss play the trap. The Swiss blue liners are mostly great skaters that have the ability to quickly transition from offense to defense. The trap system compliments the lack of scoring in the front end and accentuates the defense-minded back end. The great speed and two-way game of these blue liners are arguably the greatest strengths of this team in the blue line.

But like I mentioned in the Forwards Preview, the lack of goal scoring is the greatest weakness, even on the blue line. The team will rely heavily upon it's defense to prevent other goal-scoring teams from exploiting this weakness. 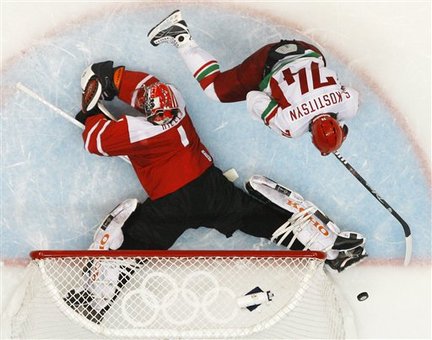 Despite the lack of star power in the front, the real backbone of this Swiss team will be in net. Jonas Hiller will most definitely be starting in net for the Swiss National Team. Hiller will be making his second consecutive Olympic appearance with Switzerland and his fifth international appearance with the Swiss National Team. In his last Vancouver Olympic appearance, Jonas Hiller went 2-3 with a 2.47 GAA and .918 SV%. Despite the 3-2 loss to the Canadians in the preliminaries, Hiller made an astounding 44-save effort that day. If there was any better time to be hot in the net, this is the season; and Hiller has been exactly that for the Anaheim Ducks. Hiller has been one of the key components of this season's Ducks' success, tying the second-best winning streak of all time and setting the club record and career high of 14 straight wins (Dec. 9-Jan. 12). Currently he is 24-8-4, with a 2.35 GAA and .915 SV%.

Reto Berra of the Calgary Flames will be second in net after Hiller. He is currently 7-14-2, with a 3.20 GAA and .891 SV%. Despite his numbers, Berra may find himself more at ease playing on international ice. He last represented Switzerland in the 2013 World Championships alongside countryman Martin Gerber, putting up a .967 SV% in 4 games, pulling off a silver medal win. 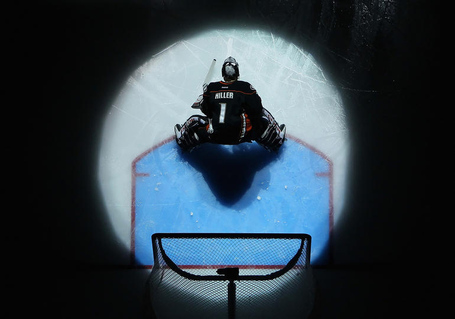 With only eight active NHL players on their roster, Switzerland is going to depend on stellar goaltending and solid defense to carry them through the standings. They aren't a team full of snipers or shooters for that very matter, so they will not be putting up too many points. With a lack of offensive power in Switzerland's line-up, the team's success will all come down to goaltending. Jonas Hiller will carry the heavy burden of keeping Switzerland Olympic-bound. As we all know, with an exception of a few games, Hiller has been light out keeping the Ducks in the game many of first periods during the long win streak. Hiller will have the support of great Swiss defense, but he needs to be stellar enough to give this low-scoring team a chance. He will be the difference-maker in the Olympic games ahead.

Predicted Finish: Switzerland is playing in Group C, along with Czech Republic, Sweden, and Latvia. Rock-solid defense and lights-out goaltending doesn't score goals that win games. Playing against star-filled rosters of heavy weights such as Canada, USA, Russia, and Sweden, Switzerland hardly stands a chance of medaling. But with the combination of stellar goaltending and a vicious trap game, I predict that this speedy, puck possessing team will emerge as a dark horse to upset other nations, such as the Czech Republic--but not enough to make it past quarterfinals.