Buds and Quacks: The Game Preview

I deserve everything that follows.

Share All sharing options for: Buds and Quacks: The Game Preview

As most of you know, I grew up a Toronto Maple Leafs fan. The why and how of it is unimportant, but it was easy to adopt the Anaheim Ducks (nee Mighty Ducks of Anaheim) once they came along. It was difficult to take them very seriously at first (Tinker Bell after a goal was cringe worthy), but that was true of any hockey out West pre-1988 anyway. I was able to root for "real hockey" but enjoy "joke hockey" just fine, thanks.

In 1993, the Ducks played the Leafs in Toronto. At this time, I was still pretty one-sided in my fandom, and I was excited about the Leafs getting an easy two points. Stupid Mighty Ducks. The franchise earned their first shutout against the Leafs. This sort of set up the two teams’ erstwhile dealings through time, because if I wanted one team to win, the other would. Betting against me is pretty wise in these games.

Throughout the years, the Ducks have gradually surpassed the Leafs as "my team." Most of this is due to proximity, but players like Paul Kariya and Teemu Selanne at first and then guys like Jean-Sebastien Giguere later helped. Since the Ducks allowed the Leafs to become an Eastern team again, juggling my love of both hasn’t really been difficult - especially since both clubs’ fans hate, with a fervent passion, the Los Angeles Kings.

That being said, whenever the Leafs roll into Anaheim, I wear blue and white. Well, I used to. True admission: all Anaheim-based Leafs-Ducks tilts up until Toronto hired Carlyle were in Leafs gear, but his hiring set in motion my ban of blue-and-white gear until his eventual firing will occur. So this season it has been the black and gold and some orange. Which sucks, because I really love wearing my blue-and-white Giguere jersey, which the teams made a reality just for me.

Keys to the Game: The Maple Leafs are literally the worst hockey team I have ever watched. They are awful except for Jonathan Bernier, Phil Kessel, and James van Riemsdyk. I bring this up because there’s really no logical way to beat this awful, boring, terrible hockey team. It is infuriating since not even being the worst team in nearly every statistical category sans PP and goaltending can get the horrible hockey Carlyle that loves out of town.

Ducks fans, remember when Corey Perry single-handedly dragged the team into the playoffs one year by scoring a million goals down the stretch and winning the scoring title and league MVP? Phil Kessel is doing that for the Leafs right this second! Now, Phil the Thrill is legitimately the most attractive man in the world and watching him play is really terrific. 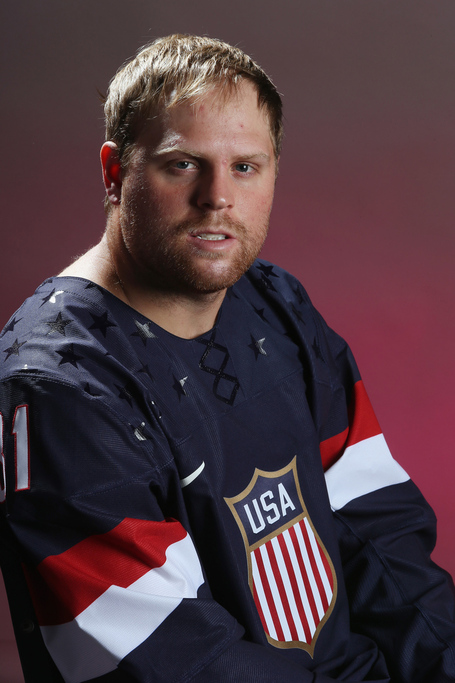 But he’s not helping me or the rest of the fan base in our mutual desire to see the club coached by anyone with more intelligence of systemic schemes than a monkey could derive from flinging poop at a wall. I don’t even know if that makes sense, but then the Maple Leafs don’t either, and here we are.

Run Bernier repeatedly, breathe on David Clarkson (he’ll fall down and get a boo boo), give the neutral zone up to the rush-happy top line, stand up at the blue to force dump-ins from the rest of the cast, and pressure the defense with a heavy and fast forecheck - logically, this wins games against the Maple Leafs. The team routinely defies logic.

What Can We Learn From this Game: Fans can take one massive positive from this game no matter what. That positive is: thank the hockey gods the Ducks fired Randy Carlyle. I suspect Barry Melrose is a better ahahaha ok just kidding. Even Carlyle isn’t that bad.

Fearless Prediction: I want the Ducks to win, so basically count on the Leafs Leafing their way to victory being outshot 45-10. Maybe the Ducks will at least get a Bettman loser point, because the Leafs blow leads like nobody’s business, especially in the third period.