Although their first trip to the playoffs in the last six seasons didn't last as long as they would've liked, there's still plenty of reason for optimism in Dallas.

Kudos to the Dallas Stars on a competitive series. There were a handful of "screw you" facets to their game that I won’t hesitate to tip my cap to, now that the Ducks don’t have to deal with them anymore.

Dallas’ speed – On any given night, I’d get accustomed to Andrew Cogliano being the fastest player on the ice. Dallas didn’t just bring a guy who could challenge Cogliano’s wheels, they brought multiple. Guys like Tyler Seguin and Trevor Daley know how to turn and burn, but there was no greater slap-in-the-face example of how effective the Stars’ speed was against the Ducks than the goal in game 5 scored almost single handedly by Cody Eakin (who, by the way, looks a lot like Ron Weasley). 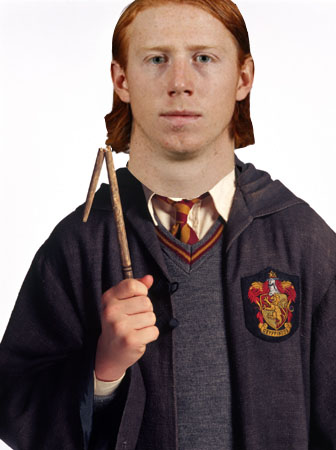 Jamie Benn – On multiple occasions, the MSNBC broadcasters would praise the skill set of the Dallas captain and how he could toy with opponents if he chose to do so, and there were definitely those times where he did, in fact, choose to do so. The Ducks defensemen had fits trying to knock the puck off the captain’s stick whenever he was doing his thing in the offensive zone, and the five points he earned in this series almost looked textbook to him while producing. He’s only 24, so he has many more years in the NHL ahead of him, which is a pretty scary thought. Awful lot of upside for a 129th overall draft pick.

Lindy Ruff/Jim Nill – Really got to give props to the Dallas coach for what he accomplished in his first season down in the Big D. In their last few seasons, the Stars have been knocking on the door of playoff contention, and Ruff finally got them to kick it down. A large amount of credit for this return to the postseason should also be given to GM Jim Nill for pulling the trigger on the trade that brought Seguin down to Texas last summer. This team is one on the rise, one whose "foundation is all under the age of 25," according to Nill. Contributing to that fountain of youth is one of the top farm systems in the league. The work of these two big suits should have fans excited for the days to come at American Airlines Center.

Dallas crowd – About 18,500 people brought their A-game this series. The green-clad audience was fired up from the first puck drop of game 3 all the way to Nick Bonino’s series-clinching goal. The noise level in AAC seemed absolutely deafening on TV, and the crowd always had something to contribute to that, whether it was blowing the roof off the arena after a Stars goal, booing whenever Getzlaf or Perry touched the puck, or their various chants. I noticed they seemed to be a group that got heated a little faster than most other fan bases at the refs for calls that they think should have been made, but I think that plus all these aforementioned actions shows that hockey is more than an afterthought in Dallas. Great news for the sport, especially coming from down south in a place that hadn’t seen any action from the Stanley Cup playoffs in over half a decade.

Alex Goligoski – In a series which saw most of the Dallas blue-liners not playing up to their potential, Gollygoose was their primary bright spot, consistently locking down Anaheim’s offensive juggernauts. The 28-year-old earned a plus-7 ranking over the duration of the series, the highest such mark of any player on either team. The former Golden Gopher played an average of 28:30 a night, and he played a positive role for his team during almost that entire duration. Honorable mention here goes to his defensive partner Daley, who played more of an offensive blue line/enforcer role with almost as much ice time.

On the chance that any Stars fans are reading this, look forward to some upgrades to your playoff positioning in the immediate future. Thank you again for an exciting series!