The Ducks look to improve on recent shortcomings in a battle against one of the fiercest teams that the Governator's ever fought.

As you all know, these last two games have given us some pretty exciting finishes, although not exactly in a good way. On the bright side, it shows that "goonies never say die" attitude that the Ducks have somewhat prided themselves on throughout the season (most visibly reinforced by the #comebackkids hashtag courtesy of the team's official Twitter account).

So after looking at these games as the most recent sample size, are the Ducks good enough where they can play for only one period and still win games? Apparently.

A more realistic follow-up though, is asking will this approach fly against any team that's still in playoff contention? Probably not.

Having to come back late in the third against the conference's worst team and even dealing with a four goal deficit to a team flirting with .500 is concerning in and of itself, and any other team that actually knows how to close out will undoubtedly do so in an emphatic fashion. If the Jets had any NHL goalie not named Ondrej Pavelec in the cage for those final 20 minutes, there's a good chance that game's in the L column.

Fortunately, the Ducks have three more games starting tonight against non-playoff teams that will hopefully allow them to right the ship on this recent "let's not do the first 40 minutes and see what happens" issue before establishing how authoritatively they'll enter the playoffs as the season concludes with a mini-gauntlet of sorts, with games against San Jose, Los Angeles, and Colorado.

Onto tonight's opponent, the Nashville Predators: 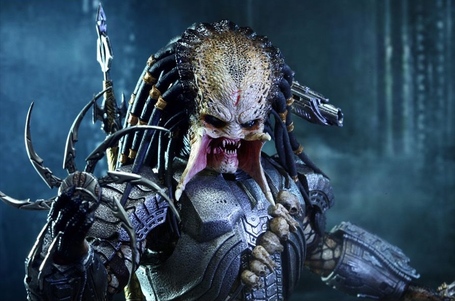 Keys to the Game: Leading off with the obvious, COME OUT OF THE LOCKER ROOM IN THE FIRST PERIOD. While Nashville isn't the most dangerous team, this absence in the first 40 minutes still needs to be addressed immediately or else it will hurt big time in those last three games where the Ducks will be looking to finish the season strong. Tasks that Anaheim should look to improve on in their early play from the last few games include, but are not limited to:

- Winning battles along the boards

- Clearing the defensive zone before it becomes discouraging to watch

The Predators aren't an offensive team by any means; their leading scorer is defenseman Shea Weber, with 21 tallies on the season. If the Anaheim goal scorers can get going (referring back to improving the shot count), Nashville is ill equipped to keep up with the Duck firepower.

What Can We Learn From This Game: Most importantly, the result of this tilt will reflect onto the status of the Ducks' Pacific Division title hopes, making this a very important game. However, this game will hopefully set the tone for the next couple of games as well. If Anaheim goes into that last trio of games flatfooted, they could very well be entering the playoffs on at least a 3-game losing streak. I don't need to elaborate on how problematic that lack of momentum could become.

Fearless Prediction: Down by 1 late in the 3rd, head coach Barry Trotz will be forced to pull Pekka Rinne. A fan sitting directly behind the Nashville bench turns out to be none other than Arnold Schwarzenegger and, recognizing a good opportunity when he sees one, he rises from his seat and yells at Rinne to "GET TO THE CHOPPAH!" as the goaltender begins his retreat to the bench. As was the case in 1987, the California-associated entity defeats the Predator(s).