Anything that could go wrong did for the Ducks, as they were doomed by yet another slow start.

First Period Recap: Anaheim began the game with a little more hop in their step than the visitors, winning the loose puck battles and not allowing Nashville to get anything whatsoever generated if they ever entered the offensive zone. Patrick Maroon got took a chance from behind the net that had a chance, but went through a couple of skates after Rinne made the initial save.

However, it would be the Predators who got on the board first and subsequently opened the floodgates. Colin Wilson made a wide drive to the net that Jonas Hiller held his pipe for, but the rebound came right back to Wilson as Hiller moved off the post, resulting in an easy tap-in. Preds 1, Ducks 0

A diving Gabriel Bourque drew a penalty on Saku Koivu, sending Nashville to the power play. The PK unit did a good job locking down Shea Weber and preventing him from getting any good shots off, which helped them kill the penalty with ease. 5-on-5 play wouldn't be the situation for long as Craig Smith would get called for interference, giving Anaheim their first man advantage of the night. The first power play attempt of the night generated absolutely nothing. Surprise surprise.

After the Preds returned to full strength, they upped the puck pressure, which the Ducks clearly weren't ready for. Patric Hornqvist's aggressive presence around the Ducks D resulted in a crowd gathering to the left of Hiller. Amidst the chaos, the puck ended up bouncing over to Wilson who was right in front of a wide-open net, and he wasn't about to miss his second goal of the night from ten feet away. Preds 2, Ducks 0

Nashville decided to operate under the old adage, "if it ain't broke, don't fix it." The aggressive pressure continued to come from the white jerseys, leading to yet another Anaheim turnover. Taking advantage of a defensive confusion, the Predators worked the puck behind the net, ending with Mike Fisher capitalizing on a wraparound. The Honda Center crowd at this point did not hesitate to sound off on their displeasure, and I can't blame them. Jesus Christ. Preds 3, Ducks 0

The Patrick Maroon - Mathieu Perreault - Kyle Palmieri line was easily the best line out for the Ducks amidst this dumpster fire of a period, and they finally got something to show for it. A great forecheck from MP22 caused a turnover behind the Nashville net, leading to Maroon finding Palmieri cutting low on the other side of the net. A textbook backdoor goal got some life back in the arena. Preds 3, Ducks 1

The Ducks seemed to wake up a little bit after that goal, until a seemingly harmless Nashville dump-in turned into the fourth Predator score of the night. Behind the net, Francois Beauchemin fell victim to yet another Hornqvist forecheck, and he wheeled around the goal to tuck the puck inside the left post, looking VERY similar to the last goal. Jonas Hiller's night, and very possibly his playoff ice time, mercifully came to an end at this point (or so we thought), with the Duck faithful cheering their approval. Preds 4, Ducks 1

Not long into their second power play of the night, it looked like Corey Perry would cut the Nashville lead in half with the puck in the slot, but Rinne's right pad had other ideas, making easily his best save of the game so far in the process. The visitors cleared the puck and the first period came to an end with about a minute of power play time carrying over into the second.

The men in black would go into the locker room trailing 9-8 in shots with the score a little more lopsided.

Remember how we were so worried about a slow start, and maybe playing one of the worst teams in the west would serve as a remedy? 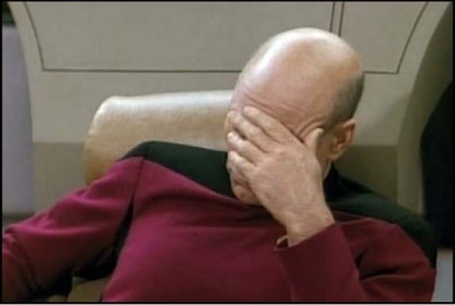 Second Period Recap: A one-timer from the perimeter from Perreault was the best chance the Ducks generated in the remainder of their power play. Needless to say, they came up empty-handed yet again. The ineptitude of the defense was yet again highlighted as they got caught mid-change, as two uncontested Predators came in on Frederik Andersen. Fortunately it didn't end in the fifth Nashville goal of the night. Thanks for not being better, Nick Spaling.

Off a faceoff in Rinne's end, Rikard Rakell corralled the puck behind the net and came out front to try to jam it between Rinne's pad and the post a couple times. Eventually he decided it would be easier to let Daniel Winnik try on the other side of the net. Like the Ducks' first goal, Winnik did little work to tap the puck into the open side of the net. Comeback kids? Preds 4, Ducks 2

Like they've tended to do after they score, the home team siphoned some energy off their tally. The game began to look more like it did before everything went to hell on a heat seeker with a much livelier puck causing a little trouble for everyone on the ice. Anaheim began to spend a lot more time deep in the Nashville zone, chances and hits increased sharply in number, and if you turned on the game at this point, you wouldn't expect to see a 4-2 deficit. But hey, first periods, am I right??

The first penalty of the period finally came just over 13 minutes in, when Ben Lovejoy pretty clearly wrapped his stick around a streaking Fisher and got sent to the box for holding. The penalty kill remained perfect as they kept the Preds from setting anything too dangerous up. The Ducks had a look for a shorthanded chance when Bonino dished the puck out to the wing onto Cogliano's stick on a clearing attempt, letting him fly in and get a shot off that just went wide on the far side. God he's fast.

Anaheim continued to play with desperation while the Predators tried to regain the authority that they had for most of the game. They would do so when Weber did what he does best, ripping a rising laser from the blue line that caught Andersen in the mask. Rattled, he lost track of the puck, which unfortunately, ended up on Fisher's stick on the other side of the net. Easy finish. Preds 5, Ducks 2

Roman Josi got caught interfering with Perry, and the next two minutes of hockey turned out to be just as infuriating as the entire first period for a completely different reason. The controversy began when Teemu put a puck on Rinne who was hugging the right pipe, and Bonino came in as reinforcement to tap the puck into the net under the netminder. The spotlights went on, the fans cheered, but the refs waived the goal off as they blew the whistle less than a second before it went in.

The Ducks wouldn't be denied though, as Perry was found on the side of the net with the puck. Before a Perd-heavy group crashed their net (and their goalie in the process), it appeared #10 jammed it in the net for the Ducks' second* goal of the power play. The puck was covered up by a Predator not named Rinne, and for the second time in about a minute, the refs waived off an "Anaheim Ducks goooaaalll". 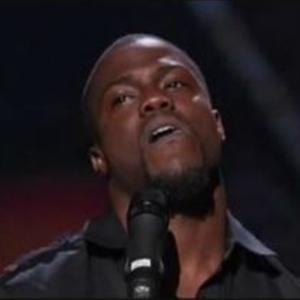 Instead of 5-4, the game remained locked at 5-2. As one could reasonably infer, the crowd was less than enthusiastic about the recent events. The power play failed to convert on their many chances (according to the zebras), and the book would be closed on the second period in one very hostile venue.

Ducks went into the third facing their second three-goal deficit in three games, despite holding a 24-16 shot advantage.

Third Period Recap: The third began with a very unexpected change in net, as Hiller returned to the crease while Andersen remained in the locker room dealing with the aftereffects of taking that clapper up high from Nashville's big gun. Very possible that shot concussed him. THANKS, SHEA WEBER!

As if they resigned themselves to the end result during the intermission, the Ducks lacked the urgency that they played with during these last two comebacks. On the flip side, Nashville seemed content to park the bus, making the final stanza look evenly matched in a lethargic kind of way. The middle of the ice was chock full of white jerseys at all times, forcing the Ducks to stay along the boards. A team will not mount a three-goal comeback in one period along the boards.

The Preds allowed the Ducks to cycle the puck along the perimeter, remaining steadfast in their defense of any and all real estate in between the faceoff circles as they killed clock. Towards the end of the game, the Ducks' passing began to pick up in the Nashville zone, resulting in a couple solid chances but producing nothing. With 2:11 remaining, Tim Jackman took two for interference, all but officially turning the lights out on this game and ending any slim hopes of the most insane comeback the NHL has ever seen.

The Good: I encourage Duck fans to take this loss with some perspective. The Ducks are still the division leaders with one more game on the Sharks. While this game was certainly a setback, the condition this team finds itself in gives the assurance that it was by no means a dagger either.

The Bad: With that being said, this kind of play at this point in the season is absolutely unacceptable. San Jose, LA, and Colorado are going to make these games laughable if the Ducks can't remember how to put together a 60-minute hockey game, and before you know it, we might end up welcoming the Kings to the Pond in the first round of the playoffs.

Also, STOP BOOING JONAS HILLER. He's not playing well at the moment, that much is clear. He's still a fantastic goalie (don't forget about the handful of games he's stolen for the team this year), and we don't need our most important player on the ice thinking that his own fans don't have his back.

The Ugly: The first period. Again. Don't need to justify my reasoning behind this one.

3rd Icehole: Any defenseman in a Ducks uniform. They were two strides behind their opposition all night, and the Nashville forecheck took full advantage of that fact, further rattling the D corps.

2nd Icehole: Jonas Hiller. Kind of contradictory to what I just said about him, but giving up 4 goals on 8 shots to the NASHVILLE PREDATORS is not okay. The last two goals that he let up were particularly frustrating, and if Andersen ends up sitting for a while, Hiller's going to have to get out of this slump as fast as possible.

1st Icehole: I'm about to be "that guy" here, but the refs. They seemed to let Nashville get away with a little more this game, but the biggest bone I have to pick with them involves the two disallowed goals in the second. I suppose I could understand their reasoning behind the second one (even though you could very easily infer from the motion of every moving body that the puck went in the net), but they didn't waste any time on blowing the play dead on Bonino's goal. Very frustrating to see a series of events that could have played a huge role on the end result of this game just get nullified like that.