Some of the AC Staff are very good at picking playoff winners. Some are not. As for the rest of them, however... well they're okay.

Round one is in the books, so let's take a look at how the AC Staff fared through the first eight series of games.

All settled, nobody was a perfect 8-for-8 in the first round. The Tampa Bay Lightning, Philadelphia Flyers, Colorado Avalanche, and San Jose Sharks all screwed a lot of people over by losing, and everybody received at least 10 points for the Boston Bruins-Detroit Red Wings and Anaheim Ducks-Dallas Stars matchups, which were both unanimously correct picks.

Once again, here's how everybody picked in the first round:

Given 10 points for each correct series, and 5 bonus the number of games was also correct, here's how these predictions scored:

So adding these all together, we get:

That's right, glorious leader Chris holds the lead after round one, going seven for eight on his winner predictions, missing only the Rangers-Flyers series. Podcast extraordinaire Eric sits in a three way tie with guests Jen and Jer for second place. Meanwhile I sit and sob over my stupid Tampa Bay prediction.

So on to round two.  Scoring will remain the same, however with only half of the number of series, each prediction now becomes that much more important for anyone wishing to try to catch up (*goes back to sobbing*).

Spoiler alert: just like last round there are two unanimous choices, however this time Anaheim is not one of them.

(A1) Boston Bruins vs. (A3) Montreal Canadiens

So if you think there was some bad blood last round, just check this out. Two of the league's oldest teams and also two of its most bitter rivals will meet up in the playoffs for the 34th time. Montreal holds a whopping 24-9 series edge in these meetings, but then again most of them came when the league only had six teams so do they really matter now? (If you answered anything other than no, you're wrong.)

The Bruins lost game one at home to the Detroit Red Wings, but went on to win four straight and comfortably eliminate them. You'd expect me to say that the Canadiens had a much tougher time with the Tampa Bay Lightning, but they didn't, sweeping the Bolts out in embarrassing fashion.

The B's are big, brutish, and have a ton of depth. The Habs are fast, have a great system, and boast one of the most prolific blueliners in the game in PK Subban. Plus they all hate each other. This one should be fun.

-"I sure was wrong about TBL taking out Montreal in 5, but Boston will finish the job instead." - Jer
-"BRUINS SMAAAASHHHH." - Jen
-"Aside from the Ducks-Kings series this will be the most highly contested matchup. Boston wins with better defense." - Cory
-"This is about as literal a David vs. Goliath matchup as you can get. The Bruins are huge. The Habs entire team fits in my backpack. The Canadiens will push the Bruins hard in Montreal, but the B's are just too good." - Kyle
-"Until the Kings are eliminated, I have no choice but to root for the only Eastern Conference team that has a chance of beating them." - Derek

The Pittsburgh Penguins got to play bad guy for once, knocking out the heartwarming underdog Columbus Blue Jackets in six games. And let me tell you those six games were some of the most interesting yet awful games in the history of Stanley Cup Playoff hockey. The only game in which the team that went out to a 2-0 lead didn't lose was the series decider. Neither team played any shred of decent defense. Marc-Andre Fleury looked mediocre at best for much of the time. Sidney Crosby didn't score. And both teams were guilty of some of the most horrendous turnovers in the defensive zone I've ever seen. Mind you, being a Ducks fan, that's saying something.

The New York Rangers meanwhile had to fight it out tooth and nail with their bitter rivals, the Philadelphia Flyers, to eventually close out the series in a tense seventh game. However, beyond Claude Giroux and Wayne Simmonds the rest of the Flyers didn't offer much in terms of an offensive threat so the semi-decent performance the Rangers defense put in was adequate enough.

The fact that these two teams are all that's left shows just how awful the Metropolitan Division really is. So I think I can speak for a lot of fans when I say: 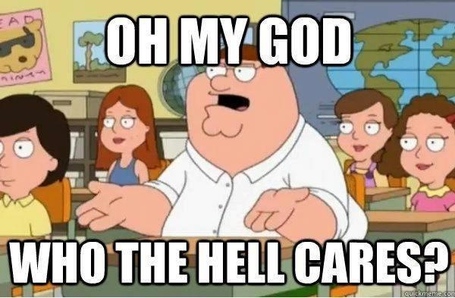 -"I'm going with the underdogs in this one strictly on one thought: goaltending. Marc-Andre Fleury vs. Henrik Lundqvist? I would take Lundqvist every day of the week and twice on Sunday. [Ed. Note: TMI. - Kyle] Pitt may have the offensive depth but the Rangers have the prowess in the blue paint. Prediction: goalie extraordinaire Henrik Lundqvist puts his team in a large backpack and carries them to a series win in just six games." - Liz
-"The Penguins are pretenders!" - Kristen
-"Not sure why, but I have more faith in Fleury than Henrik. Plus Sid is going to snap out of it before too long." - Jen
-"Let's face it- if Columbus had more weapons they probably would've beaten Pittsburgh. The Rangers have more scorers, and their depth guys are going. Oh, and who do you trust more in net: Henrik Lundqvist or Marc-Andre Fleury?" - Eric
-"This will be the most boring series ever played." - Kid Ish

The Chicago Blackhawks took care of the St. Louis Blues in what was a pretty entertaining first round series between easily the two best teams in the Central Division. While Chicago was uncharacteristically bad at holding leads, particularly late in games, they made up for it by closing them out and won four straight against their division rivals, sending them packing for the second year running in freakishly similar circumstances to 2013.

The Minnesota Wild were the only Wild Card to pull off the upset of a number one, defeating the young and inexperienced Colorado Avalanche in a dramatic game seven that included an overtime winner. So while the PDO people are claiming victory and making like Joe Thornton after a pants trick, the Minnesota Wild, who dominated possession for much of the series, now face the team that absolutely squashed them out of the playoffs last year. Unfortunately for them, this year appears to be pretty much the exact same matchup, just one round later. AC thinks the results will be largely the same.

-"After beating the Avs, a lot of Minnesota fans up here are talking like they've got this series already bagged. I like the Wild, but you guys need to pump the breaks." - Ben
-"Somebody should do something about this emerging Chicago problem we've got on our hands." - Jer
-"Minnesota beat possibly the worst defensive team in the playoffs. Now they're actually going to face a complete team." - Kyle
-"Yes, I am making all the "safe" picks this time. Going 2 for 8 in the first round will do that. Also, someone needs to beat the Kings, and I don't think it's gonna be the Wild." - Derek
-"Now we get to find out what the Wild learned from last season's first round handling. Don't think it's anywhere near enough to overcome the Hawks. Beating a fresh-faced Avalanche team is one thing, taking out the defending champs is another entirely." - Eric

Despite very few prominent bloggers or other "experts" predicting them to do so, the Ducks advanced to the second round of the playoffs for the first time since 2009 and just the second time since winning the 2007 Stanley Cup. While the speed of the young but determined Stars gave the Ducks trouble, the depth scoring proved timely once again, proven by a dramatic two-goal comeback in game six on the shoulders of Nick Bonino and Devante Smith-Pelly.

For the first time in history, they will face their bitter rivals up the freeway in a playoff series.

The Los Angeles Kings put yet another embarrassing stamp in the San Jose Sharks' Choke-book, falling behind 0-3 before winning each of the next four to take the series, becoming the fourth team in NHL history to do so. The Kings have advanced to the second round of the playoffs for three straight seasons now, and Jonathan Quick is a pretty large reason why, playing stellar hockey to get the Kings forward.

Once again the "experts" are all backing the Kings due to superior possession numbers, but the season series went well in favor of Anaheim, who went 4-0-1 against Los Angeles, winning each of the last four meetings, including a shutout at Dodger Stadium.

At least there's one series in the Western Conference that won't be completely boring.

-"Quick is playing way to good to realistically beat four times, but I'm hoping for a great series." - Kid Ish
-"THIS. IS. MY. NIGHTMARE. Can we have the LA team that showed up in the first 3 games? Not the last four vs. San Jose? I can't even say anything about this. I'm already starting to feel the panic... Inhale. Exhale. In. Out..." - Liz
-"I am in no way confident about this pick.  In fact I highly doubt it will come true.  The only thing I know is that I'll be lucky to survive the next two weeks." - Chris
-"It's been 20 years and nobody is ready for this series. My life expectancy will be cut by 20 years regardless of which team wins." - Cory
-"I love that the ultimate SoCal Showdown is also a major litmus test for weighing advanced stats. The Ducks have done well against LA this year, and have the big, physical personnel that can succeed a multitude of ways. Death to the tyrants and their slavish Corsi/PDO devotees!" - Eric
-"Ducks were 4-0-1 in regular season vs LA. Means little. If they can contain Kopitar and Carter, and throw a ton of shots at Quick, he's bound to make a mistake." - Jen