Chris, Kyle and Eric talk way more than they wanted to about the Kings Rangers match up in the Stanley Cup Final and some other stuff that is vaguely Ducks related.

[Note: Due to processing time, out of our control, the podcast probably won't be available on iTunes until tomorrow morning]

On this week's show:

- A sh*t ton of Kings talk, with a dash of Rangers thrown in

- On the merits of Bob Murray as a General Manager

- Some World Cup talk, because I'm way more excited for that than watching the Kings win another Stanley Cup this year

- Goalie talk courtesy of listener, Justin Moodie, owner of the goalie mask shown below and referenced in the pod.

- Specifically, should the Ducks go with Frederik Andersen and John Gibson next year or bring in a veteran to extend their relative development 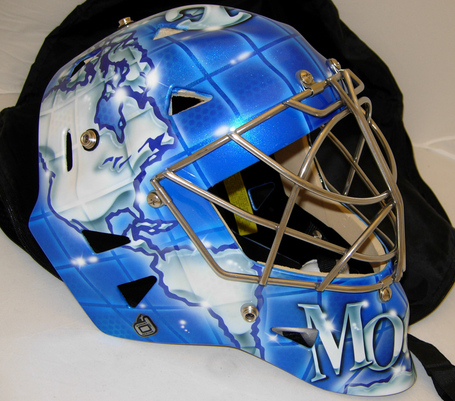 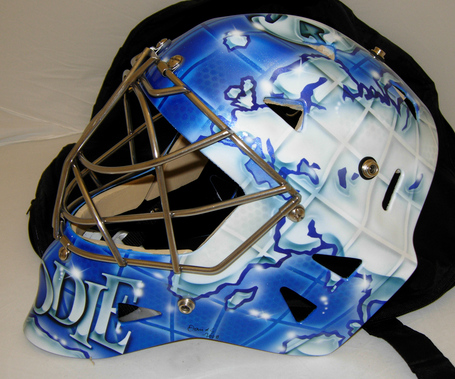 Please leave questions, comments, suggestions, complaints, concerns etc. in the comments below, or email Anaheimcalling@gmail.com or Tweet me @District5Hockey, Eric @ErictheHawk or Kyle @ACKyleNicolas or feel free to just yell it out and maybe we'll hear you.

Also HUGE hockey hugs and stick taps to The Zambonis (the World's only 100% Hockey Rock band) for all of our amazing musical cues and Earl Sleek for the ridiculously awesome logo above.

Thank you so much for listening.