Some visualized data to back up your game analysis.

Similar to last postseason, I am going to publish some charts following each Anaheim Ducks game. Last year, I used the event chart at Extra Skater. This year, I will drop in the event chart at Hockey Stats. I am also going to include head-to-head visualization from datarink whenever possible. I will also drop in self-made TOI charts from the game data at both even strength and all situations to show you how Boudreau is using guys. After a few games, I may add other things, like zone starts, WOWY, etc.

Game one was a good game with good process leading to good results. The Winnipeg Jets will probably show much stronger in game two, as this was a rare off game for the team. At the same time, full credit goes to the Ducks for taking the opponent off its game and implementing its will. 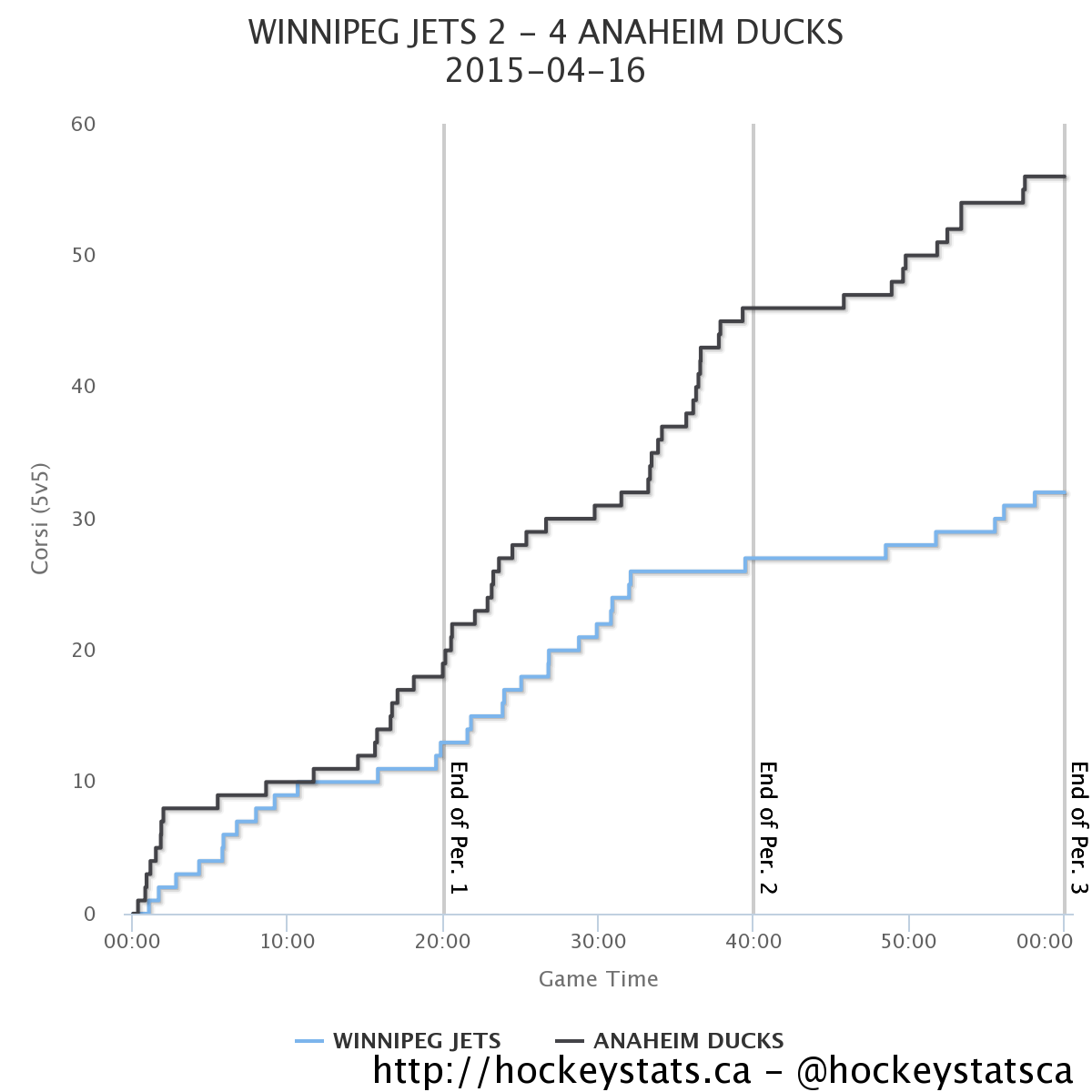 In raw event form, here's how the game went down. Anaheim clearly held a decisive edge in shot attempts throughout the night. After a very strong start that featured traded goals, it appeared the Ducks would relent in its pace. A very strong close to the first and continuation into the second changed that. The third started out slower than usual due to power plays, but Anaheim was clearly the better even strength team with the puck last night. 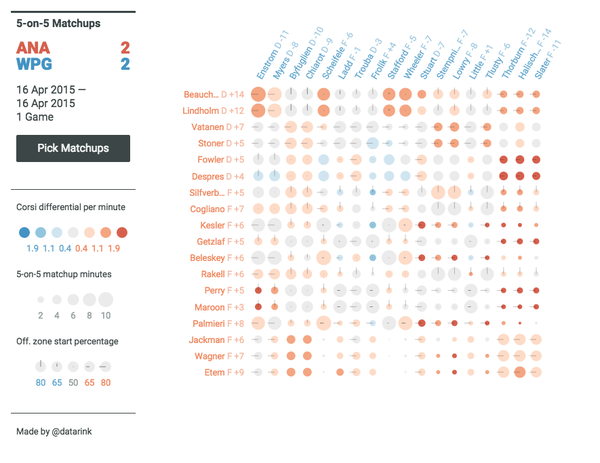 If this is the first time looking at a chart from datarink: the more orange (in this case) the better. The bigger the circle, the more TOI for that matchup. The lines in the circles indicate zone starts.

I want to call attention to this, of course:

Sorted by hardest zone starts (most in defensive end). pic.twitter.com/TrLuVcgAP7

Jakob Silfverberg, Rickard Rakell, and Andrew Cogliano had the toughest zone starts at even strength. Both Ricky and Cogs only played limited, third line minutes, but Silfverberg was everywhere. He had a great game.

Here's the TOI charts, to give you an idea of how Boudreau used his team. First is even strength, followed by all situations: 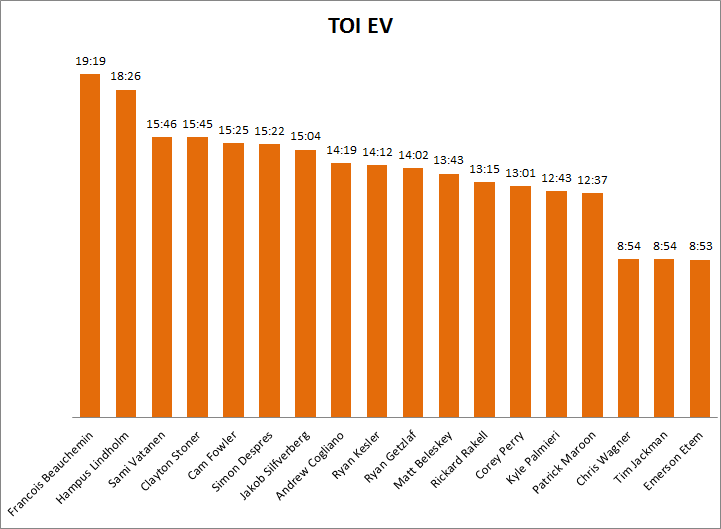 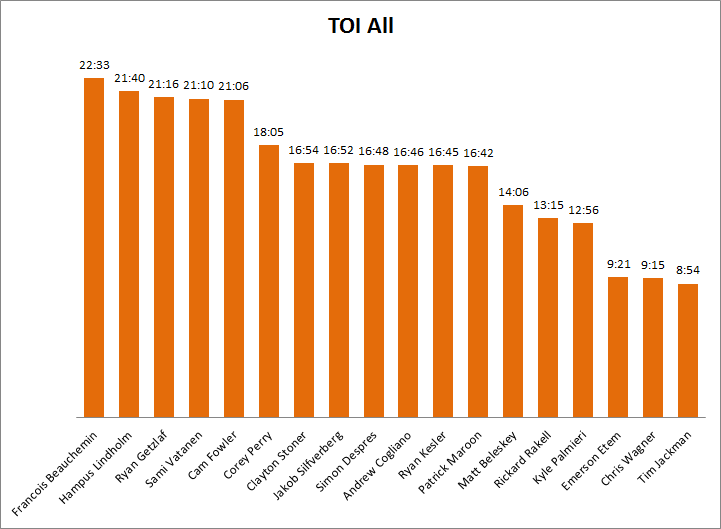