Congratulations to Boudreau for finally advancing past the second round.

Boudreau must feel a lot of relief this morning. His Anaheim Ducks have defeated the Calgary Flames in five games to advance to the Western Conference Final. For the team, it is the first return since 2006-07. I thought Matt Beleskey said it best, however, "we're only halfway there."

Let's get straight into the game charts. This is the even strength events chart from Hockey Stats: 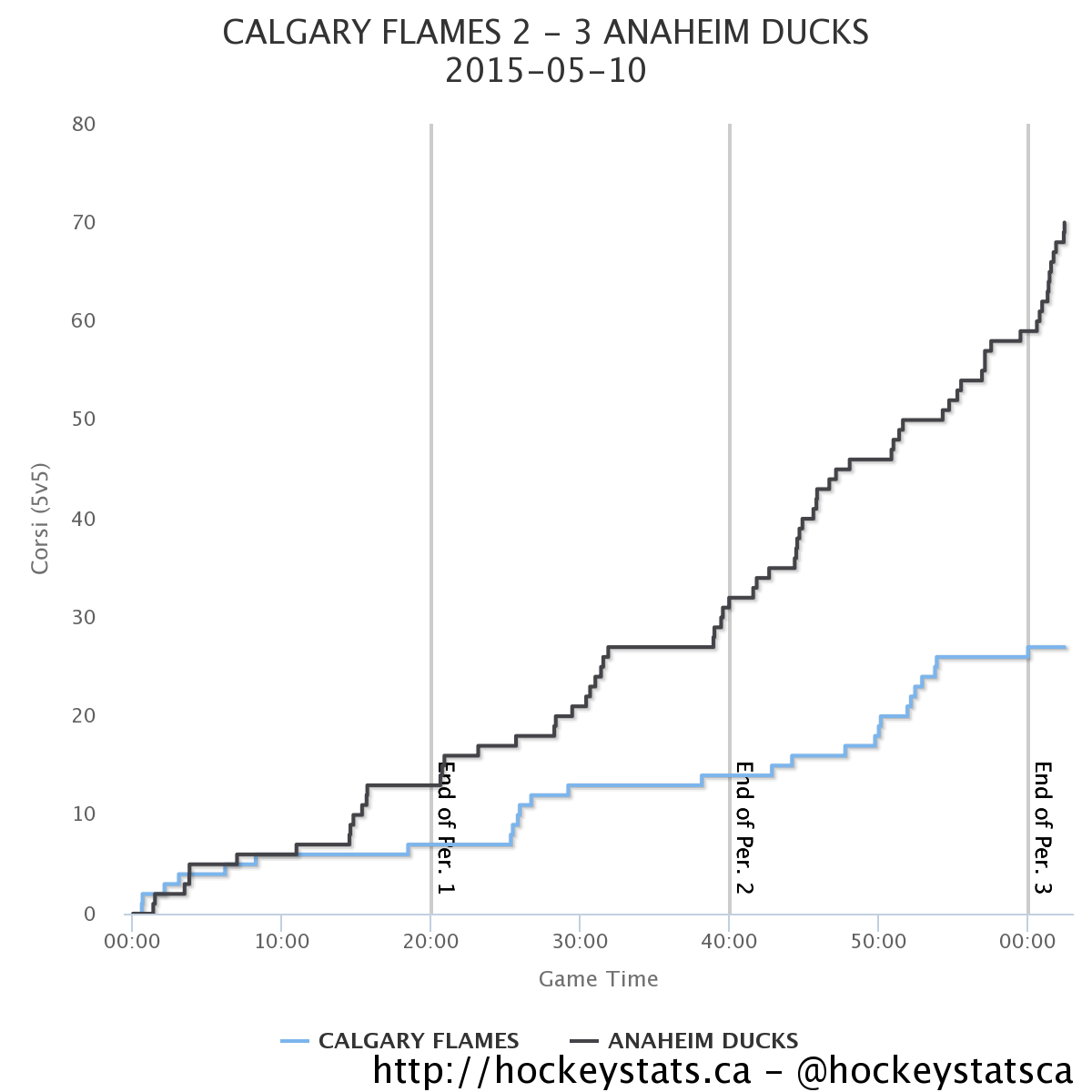 The chart scale is pretty crazy because the Ducks went into some kind of frenzy mode at the end of the second period. That tends to happen when opposing teams "wake up" Anaheim's top two players. (I may write about it some other time, but I think the team could survive a Corey Perry injury. I am very happy he's ok, even in a limited degree.)

How about Ryan Getzlaf and Patrick Maroon in the last part of the game? With Perry only able to skate basically forward with long, slow loops and turns, his linemates basically ran the entire Flames team to create opportunities and space for the trio to work. It was sensational.

Here is the datarink chart for game five: 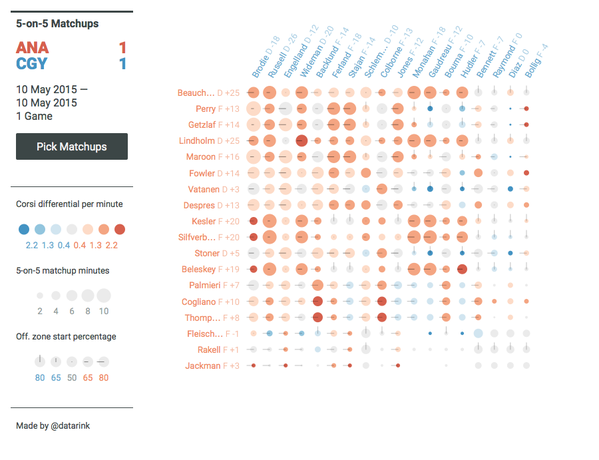 I could stare at that chart forever and ever. Orange everywhere. The Ducks destroyed the Flames in every way in this game. If it weren't for Karri Ramo, Calgary would have been in deep trouble much earlier.

The TOI charts! Even strength and all situation, in that order. 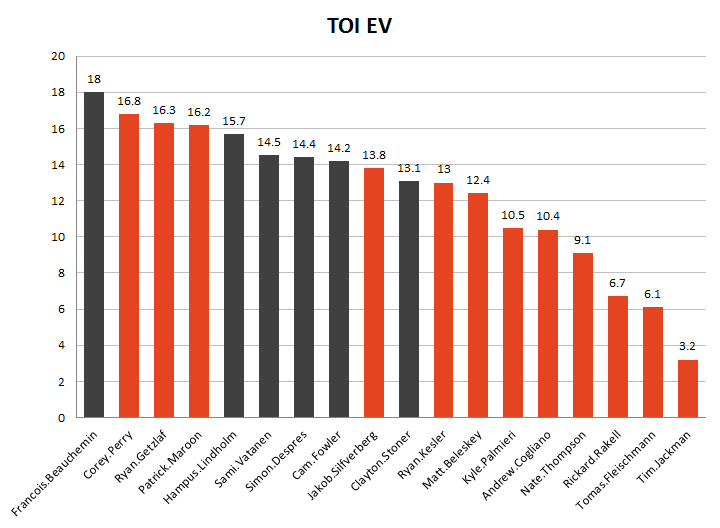 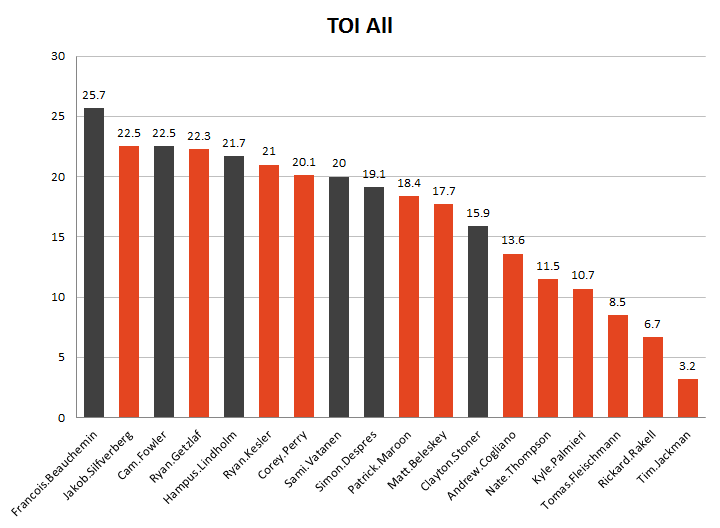 Let's hope Boudreau sees Tim Jackman's mere three minutes in every situation for what it is (wasted roster spot) and gets one of Etem or Sekac in there. Hell, I'd put them both in for both wingers on the fourth line.