Boy aren't we glad an elite-level offensive-defenseman is sitting in the press box so Stoner can play?

Clayton Stoner had a rough night. On the first goal against, he left Andrew Shaw in front of the net alone to deflect a power play goal past Frederik Andersen. Given that his primary role on the team is penalty killing and clearing the net, I'd say he did it poorly [Ed. Note: See Also: Allen, Bryan. 2014 Round 2 Game 1.  Seven Seconds. -CK]. The second goal against came because Stoner was sitting in the penalty box.

The overtime goal against came because, in order to not be bested by Shaw again, Stoner chased the player out of position (away from goal with no other defender present) and invited a Blackhawks player free entry to the far post. Sami Vatanen was engaged on the left side and Ryan Getzlaf moved into the slot to front the point shot - as the backside defender, Stoner needed to "stay at home." (I give partial blame to Getzlaf here, however, because he engaged with the goal scorer before moving into the slot when the puck went high - probably to block the shot, per Boudreau's seeming preference on point shots. Better communication between Getzlaf and Stoner would have helped.)

This is after Stoner spent most of the game touching the puck and firing it like it was a live grenade up the ice at anyone wearing a white sweater. That promptly brought play back into the Anaheim zone.

He was atrocious, and Boudreau knew it, as you'll see by the TOI charts down below. But first, here's all the game two events from Hockey Stats: 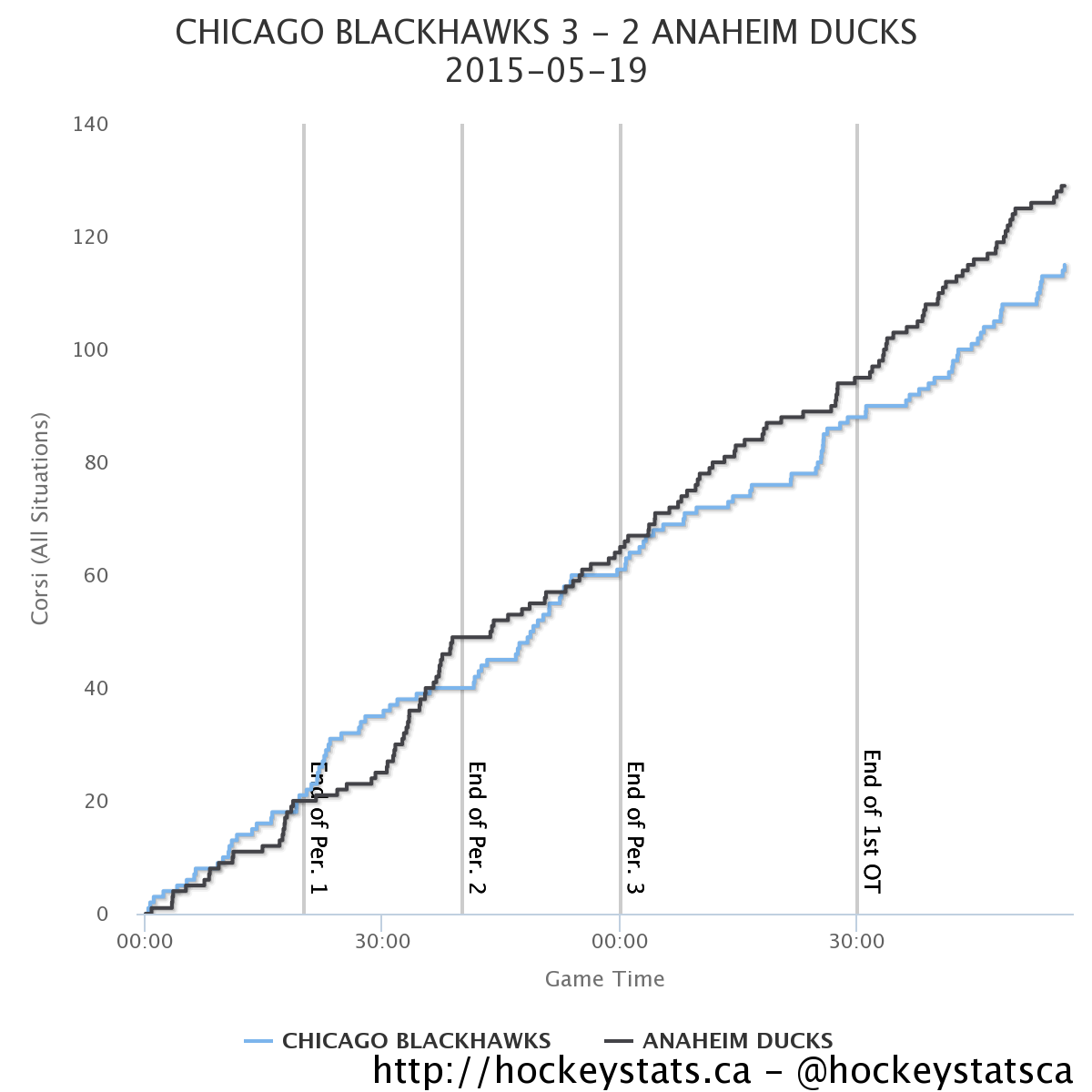 I used all events here because both teams' power plays featured enough penalty kill events to warrant some inclusion - plus I have no idea how to handicap a game that's twice as long as it should be. By the end, the Ducks seemed the better team. Three posts/crossbars stick out in my mind as difference makers too. 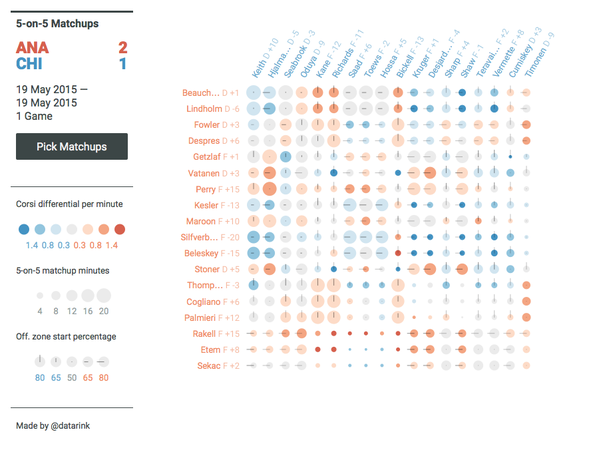 The main positive I take from this game: in nearly nine periods of hockey, the Blackhawks have only gotten two pucks past Andersen at even strength. The Ducks have put more behind Crawford at evens. That's important, because power plays aren't going to continue going only Chicago's way in the series.

Here are the TOI charts. The best line last night played woefully few minutes considering the length of the game. Does anyone else think the Blackhawks win that one if Rickard Rakell, Emerson Etem, and/or Jiri Sekac saw any power play time at all? (I don't, the trio was flying.) 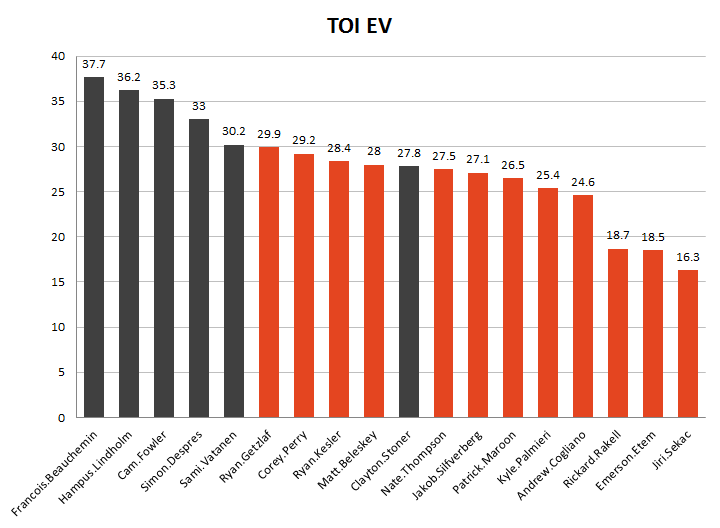 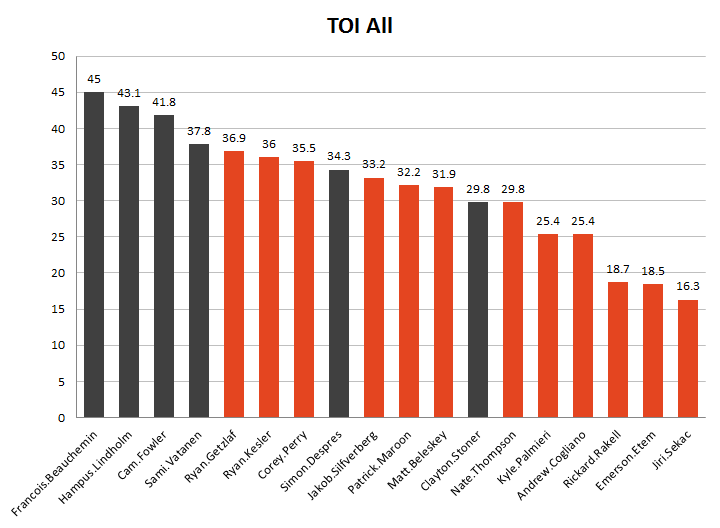 A lot of the drop for Simon Despres comes from Boudreau not using him on a special teams squad. The drop to Stoner was because Boudreau saw him handling the puck like it was a grenade and tried as hard as he could to limit his play.

Maybe it's time to gamble with James Wisniewski after all. (But I don't think Boudreau will yet.)

In all, I think Boudreau used his team as best he could, except he tried to shelter that fourth line to the point of limiting its minutes way too much. If he was playing his best roster to begin with (ie, Wiz in, Stoner out), he'd have a lot more options on the blue line to change up things mid-game as well.