Your Ducks at the World Cup of Hockey

Share All sharing options for: Your Ducks at the World Cup of Hockey 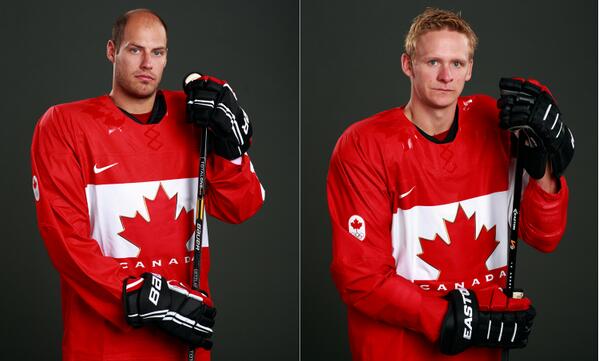 Ryan Getzlaf's first chance at the Olympic Gold in 2010 was nearly put into jeopardy by a sprained ankle. Fortunately for our Captain, he impressed Team Canada enough to lock in his spot. Good thing too since he was able to contribute 3 goals and 4 assists in Canada's road to the gold medal.

Since then, he's become a staple veteran and a leader on the star-studded national team. Despite his slow start in the 2015-2016 NHL season for the Anaheim Ducks, Ryan Getzlaf was one of nine forwards that were named to Team Canada's first 16 roster spots (Unfortunately, his partner-in-crime, Corey Perry, was left off the initial roster altogether.) So how was it that the captain of the Anaheim Ducks, who had only managed to score three goals in the first four months of last season, was named over so many talented Canadian fowards?

There's a little unknown story about Ryan Getzlaf's leadership qualities that happened on a March evening in Sochi when Canada was on the cusp of becoming repeat Olympic champions.  John Tavares had severely injured his knee in a previous game and spent most of Canada's gold medal game against Team Sweden in the locker room. As the Team Canada was in the final minutes of play before claiming another consecutive gold, Tavares hobbled out towards the rink to watch his teammates celebrate on the ice. However, Getzlaf wanted Tavares to be part of the celebration.  Ryan stepped off the ice, picked up the grown Islander captain, skated back to the rest of the team to have him celebrate.

What a feel good story. But, oh captain my captain, despite your awesome leadership, I do hope that somehow Team Canada loses in this tournament.

Well we can't exactly talk about one half of "The Twins" and exclude the other. Suprisingly, it very nearly happened this year if not for some unfortunate injuries....

Corey Perry also made his Olympic debut in 2010 alongside his Ryan Getzlaf. Together they skated on the second line for Team Canada.

On a team as star-studded and talented as Team Canada, there are bound to be snubs. One of the more notable snubs for this year's World Cup of Hockey was the former Hart Trophy winner. Despite the fact that Perry was the only player that really did keep the Anaheim Ducks in the running during the first two months of the 2015-16 season, he joined the likes of P.K. Subban and Claude Giroux on the sidelines.

But days before the rosters were finalized and exhibition games were played, Kings forward Jeff Carter decided to step aside due to lower-body injury. As a result, Corey Perry was named as replacement, joining Ryan Getzlaf for another appearance at the international level. But as it stands right now, it looks like Corey Perry may be a stand-in as he was scratched in 2 of the 4 pre-tournament exhibition games and has been seeing limited ice time despite grabbing 2 assists in the second game against Team USA.

Besides the Twins, lets take a look at the next leader on the Anaheim squad that made it to TEAM USA (USA USA USA!)

Our fearsome American leader Ryan Kesler has been in the international game for a while. He began by helping Team USA capture the gold at the 2002 IIHF World U18 Championship where he was named Best Player of the tournament.

Over the years, Ryan Kesler has gained a reputation of being, as Team USA's Head Coach Tortorella aptly put it, 'miserable.'

"I think he is miserable. I like the way he plays," said Coach Torts. And to that, Kes responded: "Yeah, I'll embrace it."

What Torts is really saying is that playing against Kesler is absolutely miserable for the opponent because of the physical presence of the two-way center. This fits Team USA's profile to the tee. Team USA wasn't necessarily built to win by skill and finesse, but rather wear and tear. The team was built to grind and break down their opponents.

If you caught any of the preliminary exhibition matches against Team Canada, that is exactly what Team USA sought to do to the men of the north. And it seemed to have worked in two of the three match-ups. Things are already getting chippy! (See below.) Early on, Gibby made quite an impact on the international scene with his performance in the 2013 IIHF World Junior Championship where he backstopped Team USA to the gold medal in Russia. Posting a 5-2-0 record, he was named Most Valuable Player of the tournament. He was the first US goaltender ever and the first goaltender since Steve Mason (2008) of Canada to win the award, not to mention only the second American overall to win it (first being Zach Parise in 2004). Additionally he was named the tournament's best goaltender (Directorate Award), named one of Team USA's best 3 players of the tournament, and was selected to the Media All-Star Team.

After his brilliant performance in the 2013 WJC, he also aided Team USA earn a bronze medal at the 2013 IIHF World Champion, becoming only the second youngest goaltender behind Vladislav Tretiak in WC history to win a playoff game.

As a nod to the future of US hockey, John Gibson was also invited to Team USA's summer camp before the 2014 Sochi Olympics.

It's safe to say that there is a lot riding on this kid's future. That being said, he will not be representing Team USA this time around for the World Cup of Hockey, but rather the newly formed Team North America, aka the Young Guns. His international experience coupled with his limited NHL experience makes him look like a sure lock as the starting goaltender. 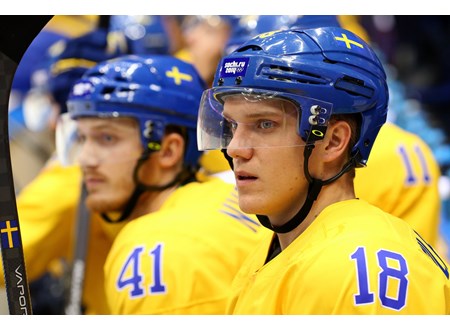 Another team to really keep an eye on is Team Sweden. Fully equipped in the front, the back, and in net, this team should be a quite a force to be reckoned with. That being said, a team featuring names like Henrik Lundqvist, Nicklas Backstrom, Erik Karlsson, Vector Hedman, and the Sedin twins, will also boast the name Jakob Silfverberg.

Even prior to being named a part of the silver-winning 2014 Olympic Swedish team, Silfverberg had some hefty experience in international hockey. Now he will continue his effort to stand out among a star-studded Swedish lineup.

What has set Silfverberg apart and gained the respect and notice of the Swedish coaches is his work ethic at both ends of the ice. A younger Silfverberg noticed early on that the best players were two-way players. And that's exactly how he got where he is today--playing with the big boys. He's already earned the admiration of Sweden's seniro hockey adviser Daniel Alfredsson, especially by breaking his Swedish Elite League single-season playoff scoring record with 13 goals. He is no longer one of the kids, and yet he's still striving to achieve more. Let's see how the Swede performs once again under the international spotlight.

Hampus Lindholm's international experience is surprisingly limited. Despite only having one major international tournament to his name, he has performed well.  He was voted one of Team Sweden's most valuable players in the 2012 IIHF World Junior Championships. Unfortunately, he was unable to repeat and play for Team Sweden in 2013 due to a concussion. Lindholm still remains relatively unknown in Sweden since he never played for the Swedish Elite League. But when the injured Niklas Kronwall bowed out of this year's World Cup, Lindholm was given the chance to represent Team Sweden as a pro.

Lindholm is surrounded by some of the best blue-line talent in the world. He'll be able to observe and play alongside the likes of Oliver Ekman-Larsson, Erik Karlsson, and Victor Hedman in the coming weeks.

A more important reason why you should pay attention to Lindholm on Team Sweden is because his play during the World Cup of Hockey tournament may have more impact on the Anaheim Ducks than perceived. As you probably all well know--there are two remaining players on the current Anaheim Ducks roster that remained unsigned...Hampus Lindholm and Rickard Rakell, who both have the chance to play for their country. Though he may be seeing limited minutes, his overall play may very well affect contract negotiations.

Rickard Rakell joined Team Sweden originally as a substitute for the injured Alexander Steen. But news broke this weekend that Rickard Rakell's spot on Team Europe was in jeopardy as he was suffering from an undisclosed ailment and hospitalized in Sweden. Monday afternoon, it was confirmed that he was unable to make the trip for the final exhibition game due to a stomach virus and would be replaced by Patrik Berglund of the St. Louis Blues.

Hearing possibility that Rakell's illness may be related to surgery at the end of March to remove appendix.

That's pretty rough for a guy that could've definitely leveraged his performance towards his own contract negotiations.

Last, but certainly not least, we come to defenseman Sami Vatanen. Vatanen will wear the blue and white Finnish sweater that we have all grown affectionate towards due to a certain hockey legend, the Finnish Flash.

Sami must be having a pretty awesome summer. Not only was he able to sign a new contract with the Anaheim hockey club during this off-season, but he will now make his second appearance on the international stage as a pro after winning a bronze medal at the 2014 Olympics.

Under the direction of the likes of Teemu Selanne and Saku Koivu, Team Finland has put together a solid team of young talent. Similar to his Anaheim teammates, Vatanen has also strung together a quite impressive resume of international appearances. He had been one of the younger guys on Team Sweden in the 2014 Olympics in Sochi, but that's shifted two years later as he stands as one of the more veteran of this group. Second youngest of the teams, Team Finland is ripe with energy, particularly along the blue line.

"It is the new generation, defense at least. There is now more Kimmo Timonen, there's no more Sami Salo, Teppo Numminen, those type of guys. It is a different team, a different look. I don't think the identity changes, it's the same way, but the guys are different. When you look at our future, there are a lot of young guys coming up. I think Finnish hockey is in pretty good shape," says Olli Maata.

It should be interesting to see if and how Sami takes a more leadership of a role in such a young D-corps. Luckily for him, the team will have the coaching assistance of Teemu Selanne, Saku Koivu, Kimmo Timonen, and Teppo Numminen.